Kate Harris, a senior and Morehead Scholar at UNC, has won a 2006 Rhodes Scholarship to Oxford University in England. 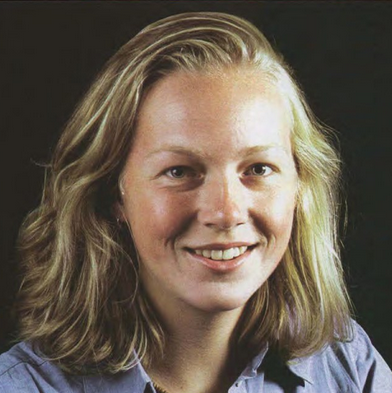 Harris was one of 11 scholars chosen Saturday in Canada from among approximately 300 nominees, one week after selection of the U.S. Rhodes winners. About 85 scholarships are awarded annually in 14 jurisdictions worldwide.

A biology major with a minor in geology, Harris, of Georgetown, Ontario, plans to use the scholarship to earn a master’s degree in science by research. Her career goals are to share her scientific knowledge of the universe with others, and someday to travel into space.

“We have landed humans on the moon and deployed robots to other planets,” she said. “As an aspiring astrobiologist and astronaut, I hope someday to explore those same extraterrestrial frontiers.”

Harris has worked for two weeks at the Mars Desert Research Station in Utah, a simulated habitat designed to prepare humans to explore the red planet. She also has conducted research in Alaska, Antarctica, Malaysia and Mongolia.

Harris has a cumulative grade-point average of 3.95, has made the dean’s list every semester and was inducted into Phi Beta Kappa as a junior.

“Kate has been an extraordinarily impressive student at Carolina,” said Chancellor James Moeser. “We are proud of what she has accomplished and for extending the legacy of Rhodes Scholars at Carolina. She has all the makings of a future leader, and I am confident that she will make the most of this richly deserved honor.”

Harris is the 39th UNC student to be named a Rhodes Scholar since the program began in 1904 and the 16th since 1980. This is Carolina’s fourth year in a row with a Rhodes winner. UNC has the second-largest number of Rhodes Scholars among public research universities nationwide.

The scholarship funds tuition, fees and living expenses for two years, plus a third year at Oxford if needed for the degree desired. Its value varies from $35,000 to $50,000 a year, depending on the student’s course of study.

Selection criteria for the awards, created by Oxford alumnus and English statesman Cecil Rhodes (1853-1902) in his will, are literary and scholastic achievement; physical vigor; truth, courage and devotion to duty; protection of the weak, kindliness, unselfishness and fellowship; moral force of character and instincts to lead.

Fascinated with questions about the origin and abundance of life in the universe, Harris began exploring the night sky by telescope as a child. She shared her passion with others her freshman year at UNC by founding SpaceTalk, a student group that presents astronauts and others as lecturers, hosts astronomy observatory sessions and gives educational presentations at secondary schools.

Since her sophomore year, Harris has worked in the microbial ecology lab of Andreas Teske, a UNC associate professor of marine sciences, on NASA-funded research. The project examines microbial life in geothermal fluids in a borehole into the Pacific Ocean crust.

“If life can flourish beneath the ocean floor, an environment once deemed too hostile for life, it might prove equally resourceful at adapting to extreme conditions on other worlds,” Harris said. “Mars might lack little green men, but little green microbes are a real possibility.”

Harris said that the best analog on Earth for Mars is in Antarctica, “the coldest and most inaccessible place on this planet.” She took the spring semester off from UNC this year to conduct research on the polar ice cap, delaying her graduation from last May until next month.

Last January, Harris hiked up to six hours daily in the McMurdo Dry Valleys region of the continent, collecting samples of surface water. Her mission: to discover whether this seepage in gullies of the valleys came from melting subsurface ice or glacial melting. Afterward, she tested the samples in an internship at the Byrd Polar Research Center in Ohio, learning that the seepage had indeed come from underground.

If the same phenomenon occurs on Mars – where scientists have detected similar gullies – water may be available there to sustain life, Harris said. She presented her findings at the Geological Society of America’s annual meeting in Salt Lake City.

Previously, in January 2003, Harris had experienced a simulation of life in the carbon dioxide atmosphere of Mars. Hiking along in her spacesuit and helmet with colleagues from Austria, Canada, Israel and the United States, Harris was the youngest researcher ever invited to the Utah research station.

Her summer experiences through the Morehead program at Carolina began with Outward Bound training before her freshman year and took her to the island of Borneo in Malaysia the following summer, in 2002. There she volunteered for an environmental group devoted to protecting the endangered Sumatran rhinoceros. Harris surveyed wildlife and produced a video documentary about the rhinos.

From February through July of her sophomore year, Harris studied abroad in Mongolia. That May, she helped an environmental group observe native wild horses, track wolves and survey the wildlife population in the Gobi Desert. She led a 300-mile, three-week backpacking trip in Mongolia later that summer. Harris has run two marathons and biked across the United States.

She was awarded an American Society for Microbiology undergraduate research fellowship and a NASA Alaska Space Grant scholarship for the summer of 2004. Working with the Juneau Icefield Research Program, she traversed 200 miles of the Juneau Icefield on cross-country skis, studying glaciers along the way.

“From Antarctica to Alaska, to the Mars Station in Utah, to the classrooms and labs at UNC, Kate has embarked upon her scientific passion to discover the possibility of life on Mars,” said George Lensing, director of the Office of Distinguished Scholarships.

“Her findings have already achieved national recognition through publications in scientific journals and presentations at national conferences. A professor in the biology department calls her a budding superstar. Modest and yet unfailingly gracious to all who know her, Kate Harris is a very special student, a Canadian with tar on her heels reaching for outer space.”

Kate Harris talked about her dream of space travel when she was profiled in the November/December 2003 issue of the Carolina Alumni Review. Harris also is featured in the fall 2005 issue of Endeavors magazine. A full list of Carolina’s Rhodes Scholars is available online.