UNC has not used race in a discriminatory way in deciding admissions and may continue... 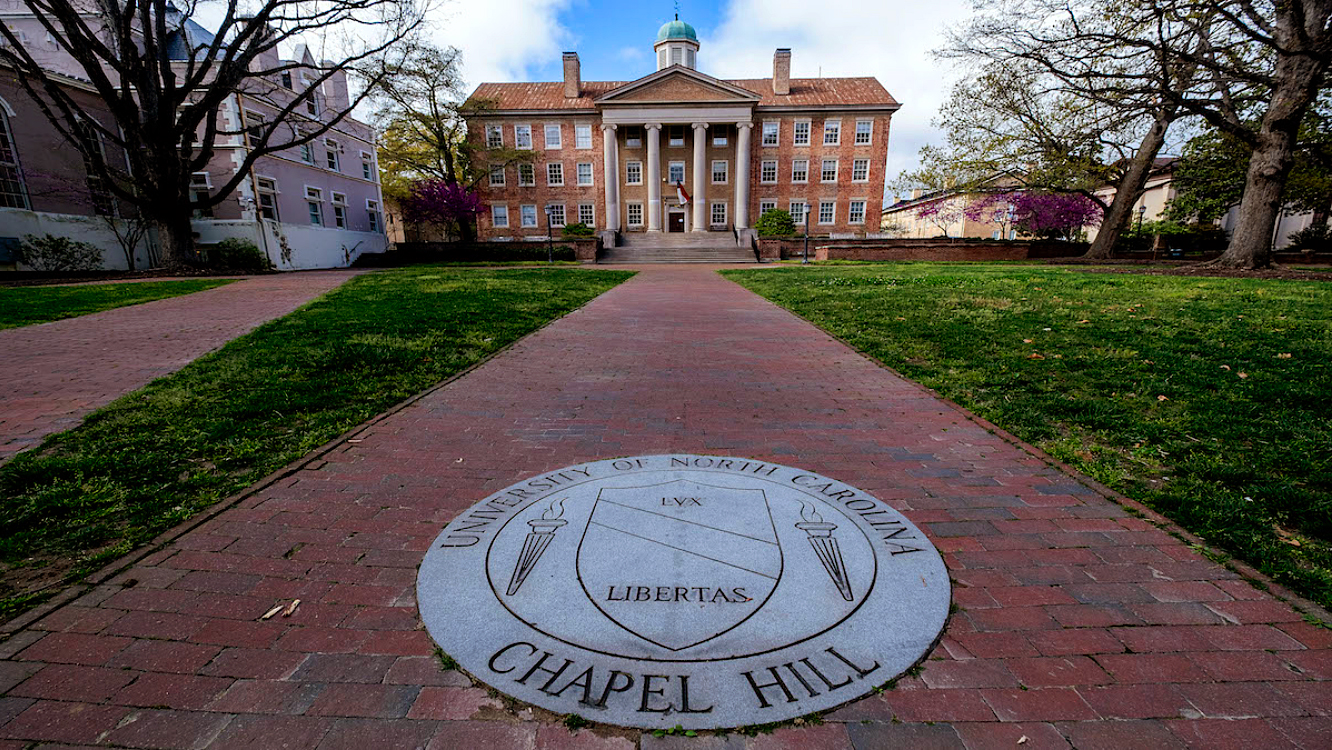 Each place on the tour tells a story about the good work that happens on campus and the University’s value to North Carolina and the world. (UNC/Jon Gardiner ’98)

After months of construction, the UNC Visitors Center held its grand opening on March 6, 2020. But the doors stayed open just a few days before the center was forced to close because of the pandemic. Visitors Center employees continued helping guests interested in exploring our campus on their own, but the center’s main purpose — guided tours — remained out of the question.

The Visitors Center has converted its “Sense of Place” tour into a Zoom experience — and everyone is welcome to sign up. “This is a way to get back to what we do but in the virtual space,” says Rhonda Hubbard Beatty ’87, director of the Visitors Center.

Spencer Anderson ’15, a manager at the Visitors Center, leads the Zoom tour, which includes prerecorded content and live elements. The tour begins with a recorded performance of James Taylor’s Carolina in My Mind by the Clef Hangers, a GAA-sponsored a cappella group. From there, attendees virtually explore campus through a prerecorded video. “The camera follows Spencer around, exactly as if he were giving a tour to a guest,” Beatty said.

In the video, Anderson stops at and talks about all the major places the in-person tour featured, including McCorkle Place, the Unsung Founders Memorial, the Davie Poplar, Wilson Library, the Pit and the Bell Tower. Anderson breaks up the tour by pausing the prerecorded video to ask trivia questions, share fun facts about Carolina and take questions from the Zoom-based participants.

“Having that human connection is so missed,” he said. “And being able to be back in front of people and share all the good things that happen here on campus in a time when good news means a lot to people, I think that’s something that’s really valuable.”

The Visitors Center’s “Sense of Place” tour isn’t solely about visiting Carolina’s gem of a campus. Each place on the map tells a story about the good work that happens on campus and the University’s value to North Carolina and the world. The new Zoom tour picks up on that narrative. “They’ll learn about the things we do to make the state and the nation a better place and come to understand that it’s the people who make Carolina what it is,” Beatty said. “We’re excited to get back to sharing Carolina.