With the pandemic economy hitting Fusion Fish in Meadowmont pretty hard, just as it has the rest of the restaurant industry, and with Fusion Fish’s lease coming up for renewal, co-owner Yung Nay decided to...

The COVID-19 pandemic has made keeping a distance a way of life. But for chef Dan Jackson ’03, it also has presented an opportunity to fulfill a dream close to home. Jackson is the chef... 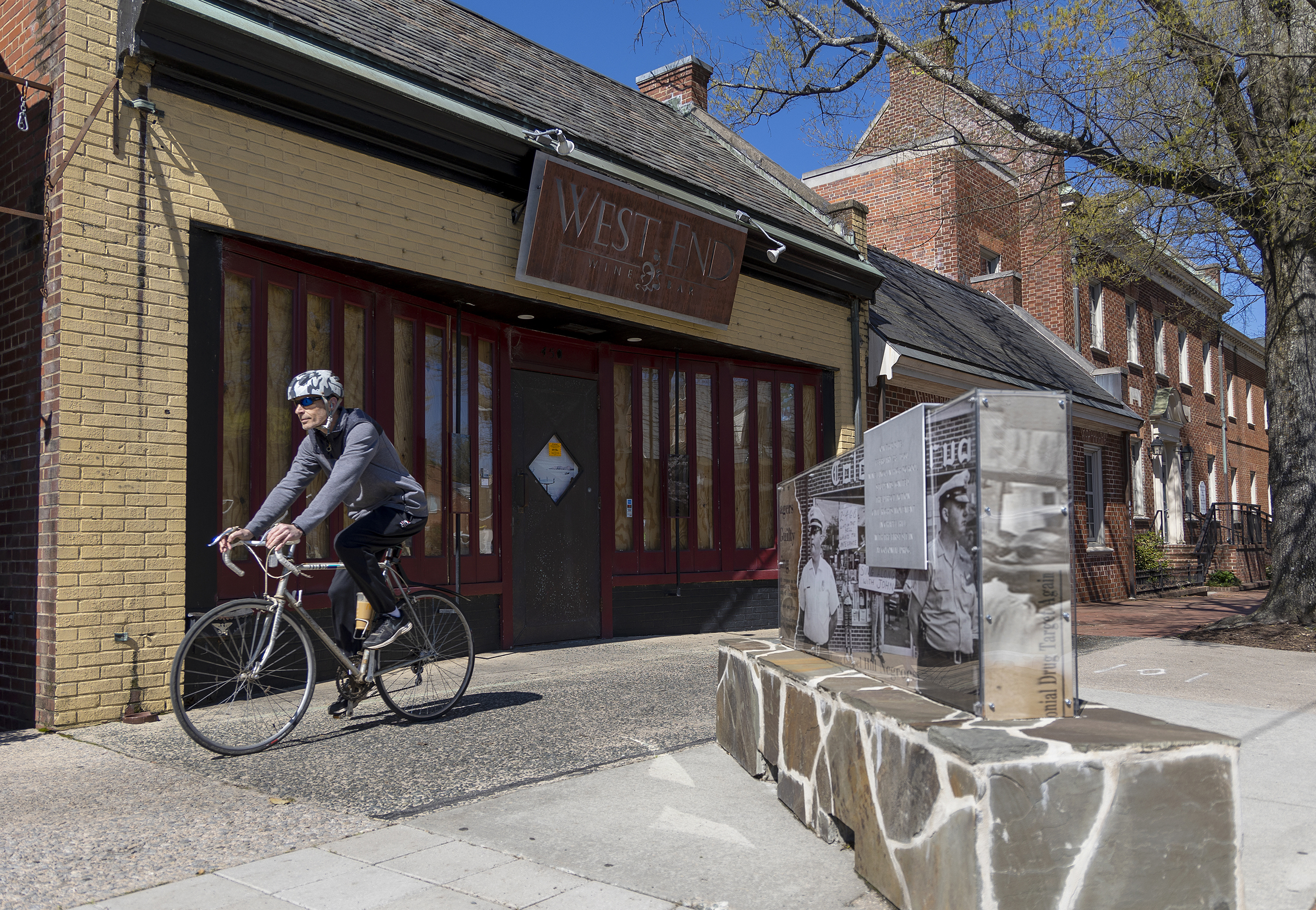 Jared Resnick ’92 offered a broad wine selection to a college-town palate that had been more accustomed to a simple choice of red or white. He has sold the building to Jamil Kadoura, who has created his own Franklin Street landmark with Mediterranean Deli. (Grant Halverson ’93)

Jamil Kadoura provided the food for the grand opening of West End Wine Bar in 1997. Since then, the owner of Mediterranean Deli a few storefronts away on West Franklin Street has catered more than 200 weddings at the bar.

West End owner Jared Resnick ’92 said that at every event, Kadoura would say: “Every time I walk into this place, it’s like the very first time.”

The next time Kadoura puts on an event in the building, it will be for the first time — as owner. When the pandemic hit in March 2020, West End and every other bar in the state closed without knowing when they would be able to reopen. Med Deli stayed open offering takeout.

This March, as state restrictions on indoor gatherings eased, Kadoura asked Resnick whether he planned to reopen the bar. Resnick, who owns a wine bar and billiards parlor in back-to-back buildings in Durham, had launched a technology company during the pandemic, and the Chapel Hill space had fallen on his priority list. Kadoura offered to buy the building. A week after they’d negotiated a price, Resnick got an unexpected and higher offer for the building. He turned it down.

“The world is filled with way too much maximum extraction,” Resnick said. “We’re always gunning for the most we can get. But sometimes it’s not about that.” 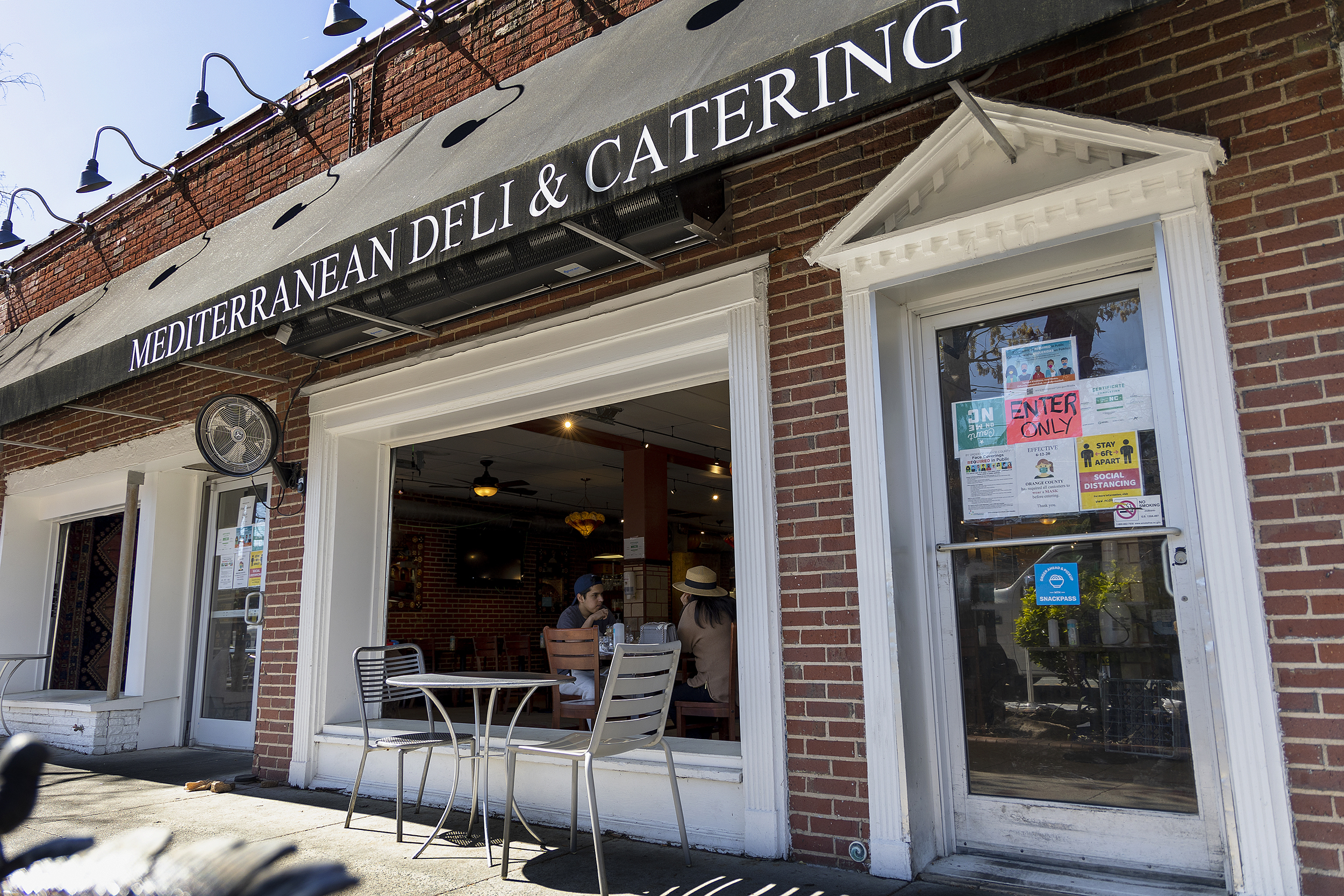 West End Wine Bar was more than a revenue stream for Resnick, who grew up in the area. He’d written its business plan while still in high school. He’d seen the need for a wine bar and billiards hall in Chapel Hill while a student at UNC. The store was the first business he and his wife, Jennifer Shipman Resnick ’96 (MS), opened. “It’s our baby,” he said.

Inspired by places Resnick had enjoyed while traveling in Israel, West End broadened the wine selection vastly from what had been largely a college town palate for simply red or white, instead offering scores of choices while keeping a casual vibe. People came to celebrate weddings, engagements, showers and other important life milestones. By selling to Kadoura — a native of Palestine who created his own Franklin Street landmark with Med Deli in the early 1990s — Resnick could pass along the wine bar’s legacy to someone who would honor it.

Kadoura plans to use the site as an event space. He also will honor the building’s history, too, renaming it The Story. And it does have a compelling backstory.

When Chapel Hill was still racially segregated, the building housed Colonial Drug Store, which would not serve Black customers at its soda fountain. They had to pick up orders to go at the back door. One Sunday afternoon in 1960, nine Black Chapel Hill teenagers walked in, sat down and asked to be served. The Colonial’s owner called the police, who physically removed the young men and arrested them.

The incident inspired other challenges to segregation around town. On the 60th anniversary of the sit-in, the town erected a stone marker in front of the building to honor the teens who became known as The Chapel Hill Nine.

“The Story will carry the heritage and history of the building,” Kadoura said.

The new name also nods to the building’s future. When people celebrate a life-changing event there — a wedding, birth, retirement or graduation — they will be writing a new chapter in the story of their lives.

Kadoura plans to open the building’s roof garden and perhaps use the basement as a game room. Other caterers can rent the space as well, even though Kadoura expects to have enough Med Deli business to make the investment worthwhile.

He’s aiming for a July opening and will have an open house once the space is ready. “I’m really excited for it,” he said.

“West End Wine Bar was my dream,” he said. “I’m grateful for this incredible community and University for allowing me to create something.”