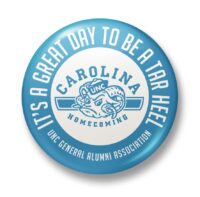 We missed you! After a two-year break, we are thrilled to host the Homecoming Bell Tower Tailgate once again on Saturday, Oct. 29, happening three hours prior to kickoff. You don’t want to miss our very Carolina “Great Day to Be a Tar Heel” T-shirt this year either. #UNCAlumni

Climbing the Bell Tower with us adds 256 steps to your day (128 going up, 128 coming down). From ground to the fourth-floor landing, you can say “I climbed the Bell Tower.”  The climb starts three hours prior to kickoff and closes one hour before the start of the game. Learn more.

Meet up with Tar Heels for the return of the Bell Tower Tailgate. Tailgate includes: barbecue, fried chicken, green beans, potato salad, coleslaw and rolls. Vegetarian and vegan options include: barbecue jack fruit, black beans and braised kale. Enjoy a variety of cakes for dessert. Beverages include iced tea and water. Our friends from Cackalacky will be sharing samples at the tailgate and will debut a new sauce you don’t want to miss. Don’t miss the #BeatPitt balloon photo op or picking up the official Homecoming button. Registration by Oct. 23 at 11:59 p.m. (EDT).

Meet up with your ’97 classmates on the field at Kenan Stadium prior to kickoff for your 25th anniversary. To participate, class members must have a ticket to the game. Participation is restricted to members of the class of ’97 (guests and children will not be allowed on the field). There is no fee to participate. Classmates will meet in the band section of the stadium (Section 115) prior to kickoff. Access the section using the aisle between sections 115-114. Time will be updated when game time is announced.

Wear your Carolina blue, and get ready to cheer on the Heels. GAA Homecoming block is SOLD OUT. Visit goheels.com/tickets for more ticket information.

The following events will take place during Homecoming Weekend but are not planned by the GAA.

It’s a Great Day to Be a Tar Heel and to order a Homecoming T-shirt that says so. Available in Bella + Canvas soft cotton short-sleeved ($25 small – 4X) and long-sleeved ($30 small – 3x) with free shipping. Also available in long-sleeved 4x in Gildan Ultra Cotton 50% cotton 50% polyester.  T-shirts ordered by Oct. 1 will be shipped to arrive by Oct. 29. T-shirts ordered after Oct. 1 cannot be guaranteed by game day. Shirts are shipped in batches and you will be notified when your orders ships. While both T-shirts and Tailgate tickets are on the same registration form, you can order a Homecoming T-shirt only on the registration form without purchasing Tailgate tickets. Purchase your T-shirt today. There will be a $5 processing fee included with all orders.

T-shirts are heather gray with a Carolina blue imprint. The front of the shirt reads, “It’s a Great Day to Be a Tar Heel,” and the Homecoming logo is on the back. Shirts are unisex and are available in sizes small to 4X. 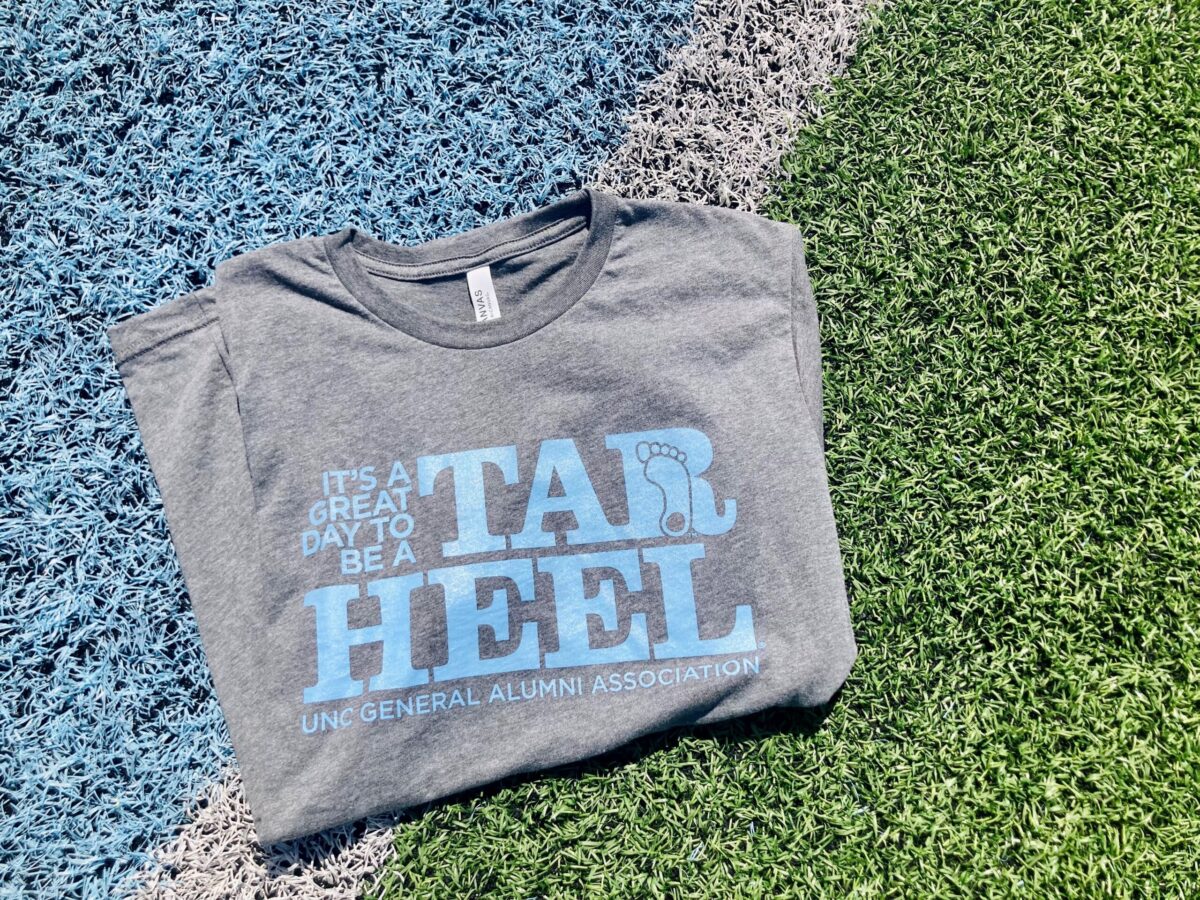 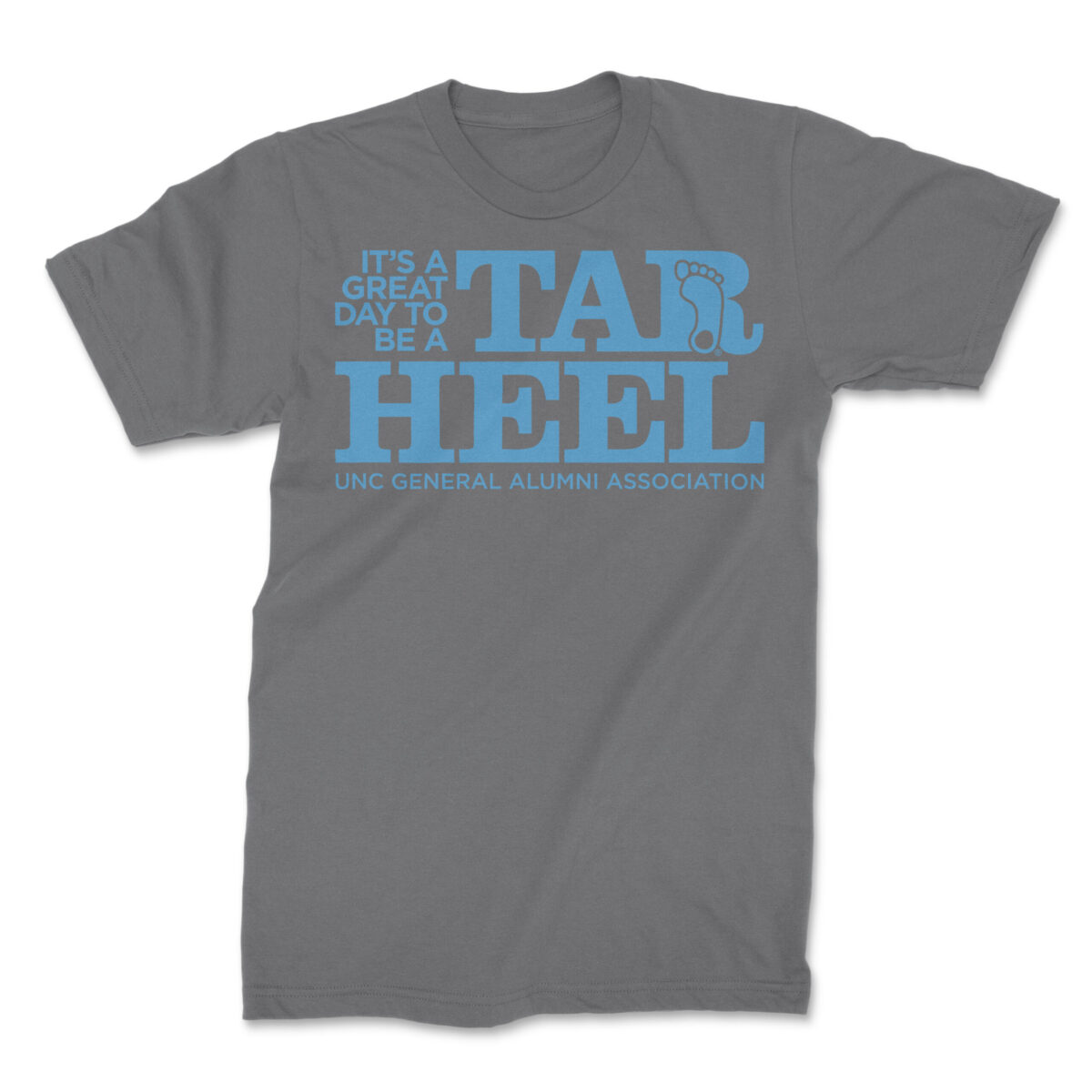 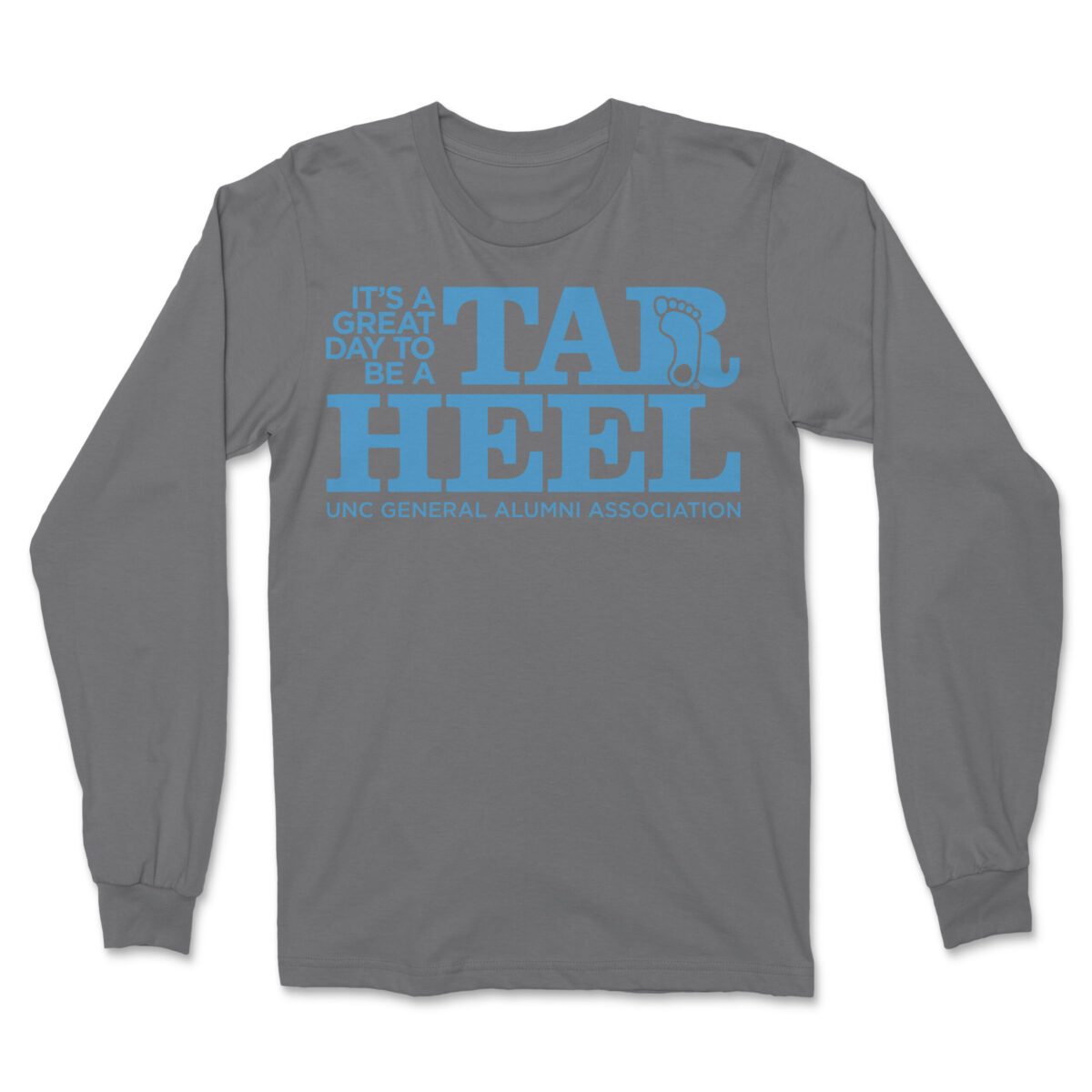 See You on Social

When you post your photos throughout the weekend, be sure to tag us @UNCGAA for a repost and use #UNCAlumni.