The UNC Loreleis are a student-run a cappella group consisting of 17 dedicated undergraduate women at Carolina. The group is named after the mythical siren on the Rhine River who lured sailors to their deaths with her enchanting voice. The Loreleis, a nonprofit organization active since 1981, perform for campus and community events, produce a new album every other year and tour nationally and internationally twice a year. Their repertoire includes contemporary pop, R&B, country and oldies.

In recent years, the Loreleis have won local and national acclaim. The Loreleis have  been featured on the CBS Sunday Morning show, NBC’s The Today Show and ABC’s Good Morning America and have been guests on North Carolina radio and television programs.  During the Durham Performing Arts Center previous season, the Loreleis were honored to open for Jay Leno. Learn more at theloreleis.com.

The UNC General Alumni Association is a proud sponsor of the Loreleis.

The Loreleis are available to perform at a wide variety of events including weddings, anniversary celebrations, reunions, sporting events and more. If you are interested in booking the Loreleis for your next event, email loreleis@unc.edu. 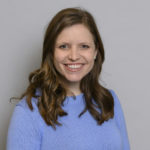