Alumna, Leader in Higher Ed to Discuss an “Educated Citizenry” 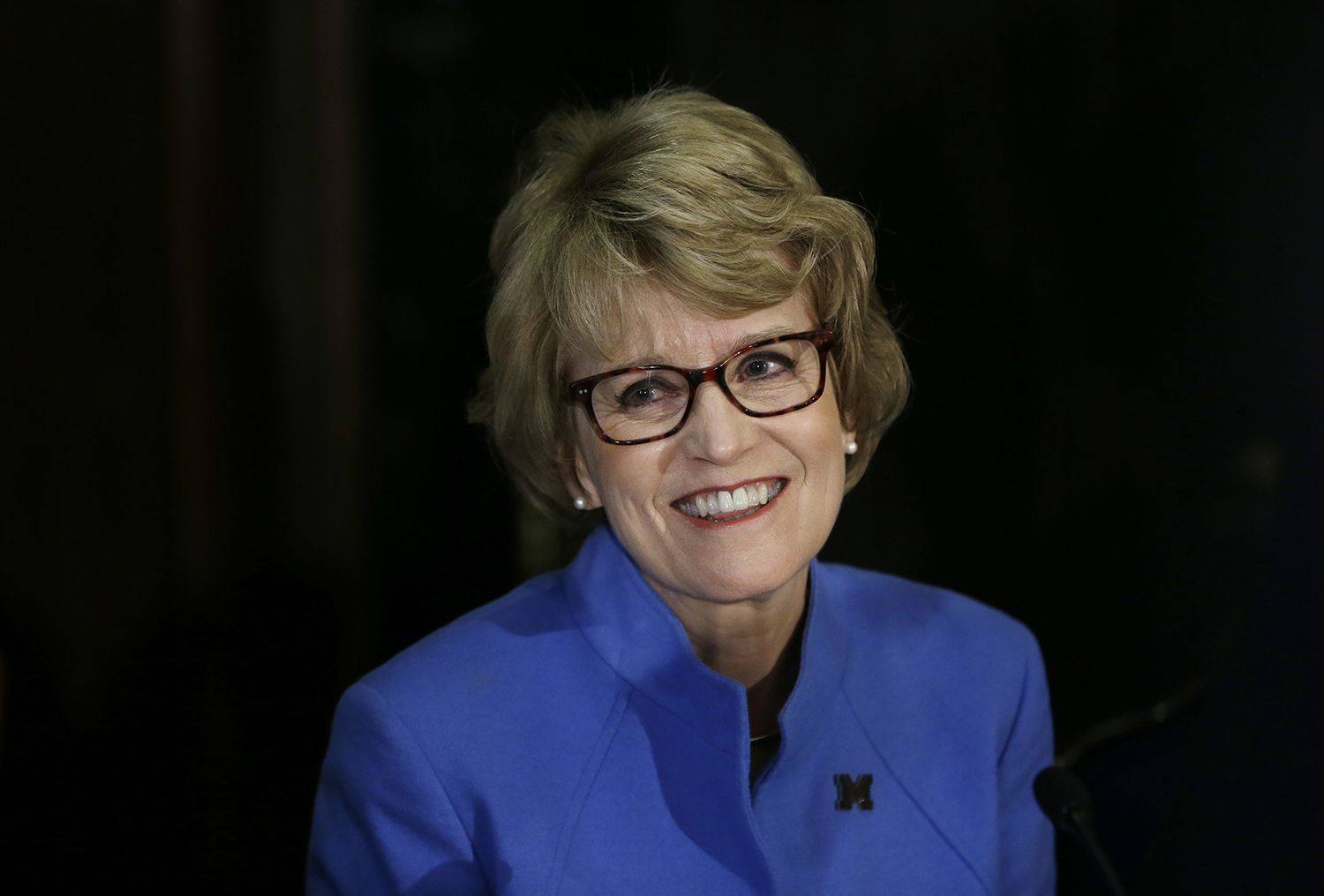 Mary Sue Coleman ’69 (PhD), a national leader in higher education and president of the Association of American Universities, returns to campus in late November to discuss “The Educated Citizenry: An Endangered Species?”

Coleman will be delivering the 11th annual Thomas Willis Lambeth Distinguished Lecture in Public Policy, set for Thursday, Nov. 29, at 5 p.m. in Hill Hall’s Moeser Auditorium. The event, originally planned for Sept. 13, was rescheduled because of Hurricane Florence.

The event is open at no charge to the public.

The Association of American Universities was founded in 1900 to promote strong programs of academic research, scholarship and undergraduate, graduate and professional education. Its members include 62 of the leading universities, of varying sizes and missions, in the U.S. and Canada.

Throughout her career, Coleman has promoted the educational value of diverse perspectives in the classroom and within the academic community, and she has worked in numerous venues to improve access to higher education for all. At Michigan, she oversaw a groundbreaking partnership with Google to digitize the university’s 7 million-volume library; launched institutional partnerships with universities in China, Ghana, South Africa, Brazil and India; revitalized student living and learning experiences through a residential life initiative; and worked to promote economic revitalization and innovation within the state of Michigan. In 2010, she helped launch then-President Barack Obama’s Advanced Manufacturing Partnership, and U.S. Commerce Secretary Gary Locke named her as co-chair of the National Advisory Council on Innovation and Entrepreneurship.

For her leadership in higher education, Time magazine named her one of the nation’s “10 best college presidents.” The American Council on Education honored her with its Lifetime Achievement Award in 2014, the Michigan Roundtable for Diversity and Inclusion recognized her as Humanitarian of the Year, and the Michigan Women’s Foundation presented her with its Trillium Lifetime Achievement Award.

She has honorary degrees from seven institutions, including UNC; the others are Notre Dame, Indiana, Michigan State, Grinnell, Dartmouth and Shanghai Jiao Tong University.

Coleman is an elected member of the National Academy of Medicine and a fellow of the American Association for the Advancement of Science and of the American Academy of Arts and Sciences. In those roles, she has led studies on the consequences of lack of health insurance within the U.S. and the erosion of state and federal support for the nation’s public research.