Makeover on The Hill

The University needs more space to launch high-tech ventures, and Chapel Hill wants to revamp a...

A committee considering names to remove from campus buildings because of their ties to white... 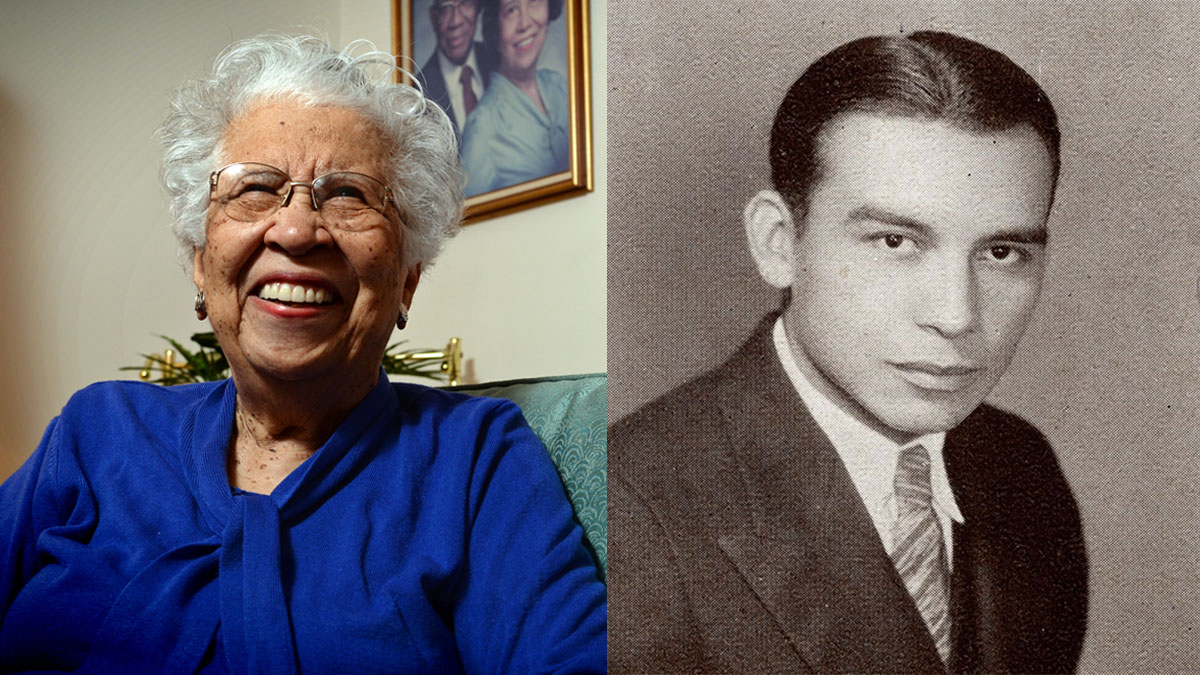 The names of Hortense McClinton, left, and Henry Owl have been given to two buildings whose names were removed in July 2020 because of the previous namesakes’ ties to white supremacy. (UNC photos)

A residence hall and the Student Affairs office building have been renamed for two trailblazers from the University’s history: Hortense McClinton, the University’s first Black professor, and Henry Owl ’29 (MA), its first American Indian student.

The University announced the renaming on Friday after the University’s Board of Trustees voted Nov. 4 to accept Chancellor Kevin Guskiewicz’s recommendation to honor McClinton and Owl.  McClinton Residence Hall replaces the former Aycock Residence Hall, while Henry Owl Building is the new name for the former Carr Building. The names were removed in July 2020 because of their previous namesakes’ ties to white supremacy.

“Both Mr. Owl and Professor McClinton are deeply rooted in the history of University of North Carolina at Chapel Hill. Naming these buildings for each of them distinguishes them as people of impact on our campus,” said Board of Trustees Chair David L. Boliek Jr. ’90.

The trustees named the residence hall in 1928 to honor the late Gov. Charles Brantley Aycock (class of 1880). In a profile supporting removal of Aycock’s name, the University’s History, Race and a Way Forward Commission found that he spearheaded the Democratic Party’s white supremacy campaign of 1898; condoned the use of violence to terrorize Black voters and their white allies; campaigned for governor in 1900 on a platform of white supremacy and Black disenfranchisement; and embraced “white supremacy and its perpetuation” as the guiding principle of his political career.

The trustees named Carr Building in 1900 to honor Julian Shakespeare Carr (class of 1866), who was a trustee from 1877 until his death in 1924. He had leadership roles in the General Alumni Association and was the GAA president from 1912 to 1917. Carr Building was a residence hall until the 1980s, when it was converted to office space. Carr provided the funds for its construction. In its profile supporting removing Carr’s name, the History, Race and a Way Forward Commission said he provided financial underwriting for the Democratic Party’s white supremacy campaign of 1898; used violence and condoned its use by others to suppress Black claims to equal citizenship; and labored to legitimize the regime of Jim Crow by promulgating a false history of the Civil War and its aftermath. 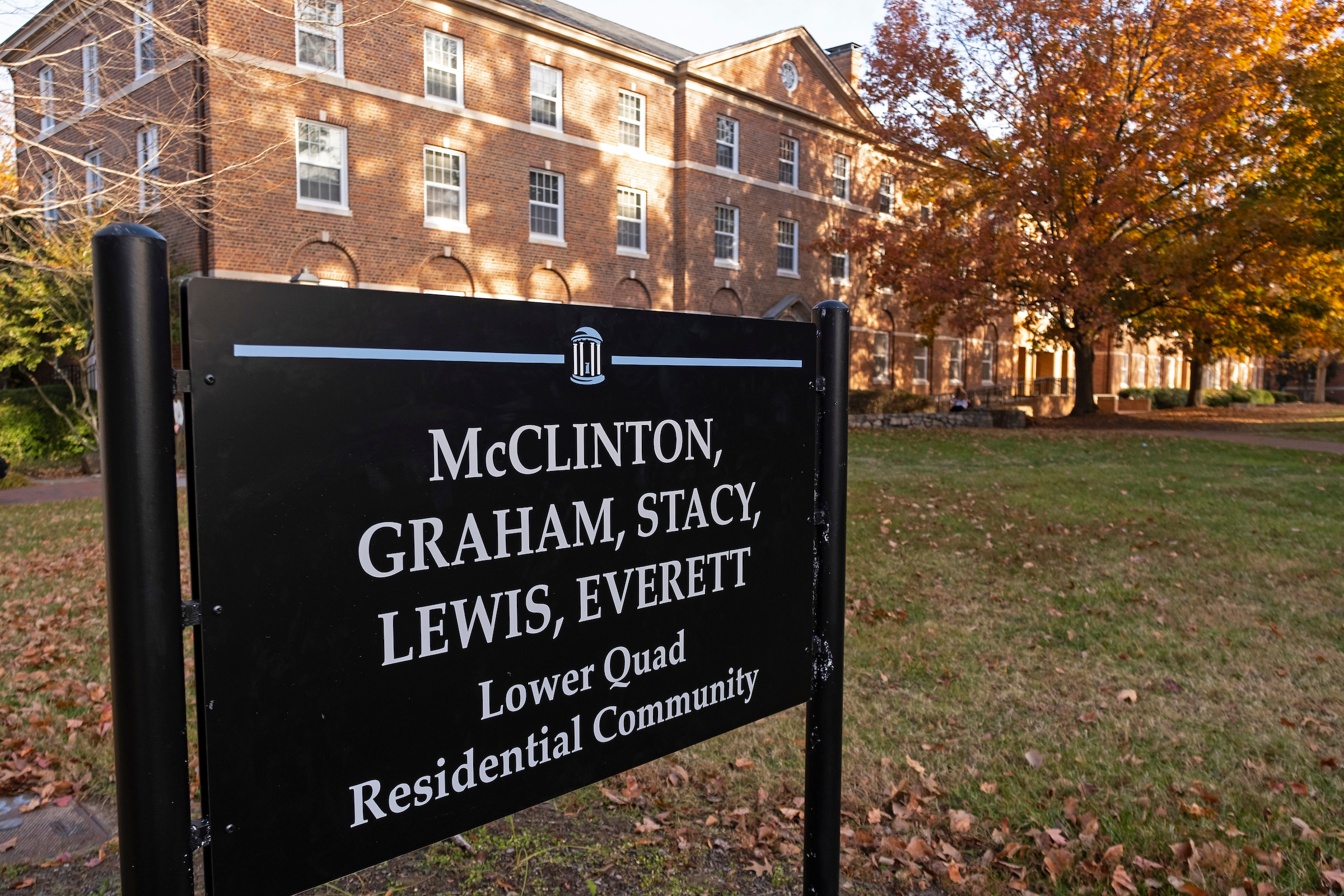 Following Friday’s announcement, black metal signs with the new names were installed in front of both buildings. Letters spelling out “McClinton” were added to the residence hall as well. The etching of “Henry Owl” into the stone over the entrance to the Student Affairs building will take longer.

Adding McClinton and Owl’s names advances the first Carolina Next strategic initiative, Build Our Community Together, by promoting belonging throughout the University community.

“Hortense McClinton and Henry Owl were trailblazing pioneers who left an indelible legacy at Carolina,” Guskiewicz said. “They embody the values that define our University, and naming these buildings after them marks an important step in building a campus community where everyone feels that they belong and can thrive,”

McClinton was the first Black professor hired at Carolina, accepting an appointment with the UNC School of Social Work in 1966 and retiring in 1984. At age 103, she now lives in Silver Spring, Md. The committee that nominated her for the honor pointed out that McClinton “overcame the obstacles of a Jim Crow society and distinguished herself as a pioneer in desegregating the social work profession.” She was also “lauded nationally for teaching the knowledge and modeling the skills that prepare social workers to practice ‘without racial and cultural basis,’” the committee wrote. 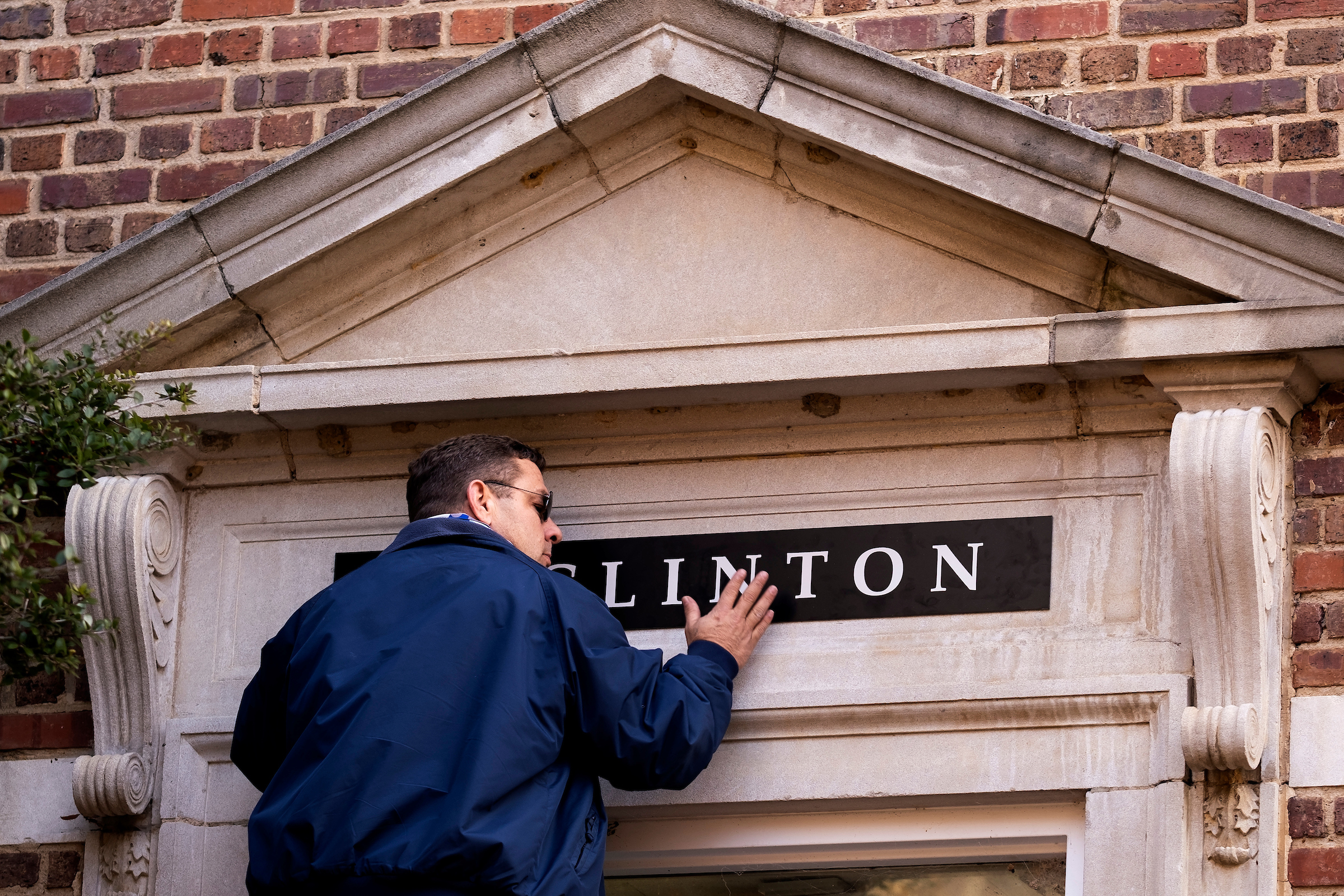 “I am very much honored. I’m glad they’re doing it before I died because I am 103,” said McClinton, who grew up in an all-Black community in Oklahoma and in a family who valued education. “My father went to college. My grandmother went to college. And now there have been six generations of us that have been to college. I appreciate everything that has happened in my life. I have been a lucky girl.”

Owl (1896-1980) was the first American Indian and the first person of color to enroll at the University, as a graduate student in history in 1928. In recommending his name, the nominating committee note that Owl:

“This is an honor that he would have been very pleased to get,” said Owl’s daughter, Gladys Cardiff of Seattle. He felt so strongly about education, so he would take a great deal of pride in having his name on a building there at UNC. What this does for UNC is that it makes Native students across the country aware that they will be welcomed there, that they will be valued in a special way. It is the perfect building for him.”

Names from the registry

The chancellor’s selection of McClinton and Owl from a list provided by the Chancellor’s Advisory Committee on Naming University Facilities and Units is the latest step in the University’s reconsideration of the names on its buildings.

The process includes the Board of Trustees’ decision in June 2020 to lift a 16-year moratorium on removing names from campus buildings. In July 2020, the board established a policy for the removal of names from buildings and later that month voted to remove the names Aycock, Carr, Josephus Daniels (class of 1885) and Thomas Ruffin Sr. from buildings on campus.

The removal of the names came just months after the onset of the COVID-19 pandemic and the March 2020 pivot of the University to online learning. As Carolina prepared for a full-scale return to campus for fall 2021, administrators wanted to set a welcoming tone with new building names that added diversity to the University’s landscape, reported The Well, the University’s news website for the campus community.

To kickstart the renaming process, Guskiewicz announced in March the launch of an online Honorific Naming Registry and an open call for nominations.

“We want these names to represent the values of our campus and quickly become part of the fabric of our community,” Guskiewicz said. The Carolina community submitted more than 1,100 names. Guskiewicz charged the Chancellor’s Advisory Committee on Naming University Facilities and Units to narrow the list, giving more weight to the honorees who best:

The committee placed McClinton and Owl high on their list of honorees. The chancellor submitted the two names to the Board of Trustees as replacements for two of the four buildings whose names had been removed.

An ad hoc committee selected by the chancellor is reviewing a list recently compiled by the Commission on History, Race and a Way Forward of an additional 10 historic University figures with ties to white supremacy, the Confederacy and slavery.

The Chancellor’s Committee to Review History Commission Resolution has met several times to consider “scholarly historical evidence” of serious violations of federal or state law or “repugnant behavior,” as required by the Board of Trustees policy. Mitigating factors include “especially noteworthy” contributions to the University by someone whose views were “conventional at its time” or the person’s significant moderation of offensive views and behavior.

The committee will recommend to the chancellor names it believes  should be removed. The chancellor will pass his recommendations on to the trustees, who make the final decision on any name removals.