Heels Jump on LSU Early, Hold on to Play Again 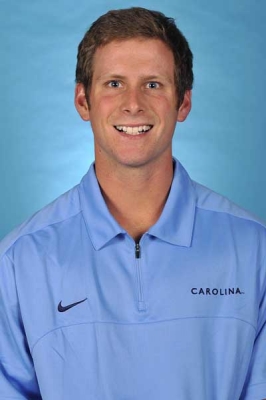 North Carolina got what it needed Tuesday from starting pitcher Trent Thornton and clean-up hitter Brian Holberton as the Tar Heels stayed alive in the NCAA College World Series with a 4-2 victory over LSU.

Thornton, a freshman, threw 114 pitches, allowing just two runs over seven innings, while Holberton provided the power with a two-run homer over the right-center field fence in the top of the first inning.

“I thought the home run by Brian was really crucial for us,” UNC coach Mike Fox said. “It just kind of let the air out a little bit and let us play with a lead, something we haven’t seemed to have done in a while.”

Fox changed the batting order around, with Holberton moving to the No. 4 slot. “It made the move look good but it wasn’t me,” Fox said. “Brian’s been in that position before, and we felt we needed to move some things around a little bit.”

Fox said Holberton does a lot more than just provide power. “He can hit and he can bunt and he can do a lot of things for us,” he said.

In fact, Holberton did bunt in the seventh inning, sacrificing Colin Moran to second. Skye Bolt singled in Moran to give the Heels an important 4-1 cushion.

Thornton did the rest, along with an assist from reliever Chris McCue.

UNC’s Landon Lassiter doubled to start the third. Moran singled off the first-base bag and Lassiter came home when LSU second baseman JaCoby Jones couldn’t get a handle on it.

The three runs early off LSU’s Cody Glenn ended his day before the third inning was done.

In the fifth, though, the Tigers’ Mason Katz drove in a run with a two-out single to get LSU on the board at 3-1.

Down 4-1, the Tigers threatened in the seventh after a pair of hits with no outs but could manage only one run on a double-play fielder’s choice.

After Thornton walked the leadoff batter in the eighth, McCue came on to pitch. Following one out, McCue gave up a single. After getting a second out, McCue hit a batter to load the bases. But he got out of the mess when LSU’s Mark Laird, who had a team-high three hits, flew out to fairly deep left field.

The ninth had some dramatics as well after McCue walked a batter, allowing the tying run to come to the plate with one out. But McCue induced a fly out for the second out and ended the game on a swinging strike out.

“We’ve done it all year with our backs against the wall,” Holberton said. “We just come out fighting. I think we play better that way. We just want to keep going.”

The Tar Heels will play the loser of N.C. State-UCLA in another elimination game Thursday at 8 p.m. EDT.