In spring 2004, the news magazine 60 Minutes II aired a graphic segment on the abuse of Iraqi prisoners at the American-run Abu Ghraib prison. Military and political leaders were quick to denounce the behavior as...

In the Footsteps of Marco Polo: Mars Isn’t Ready for Kate Harris 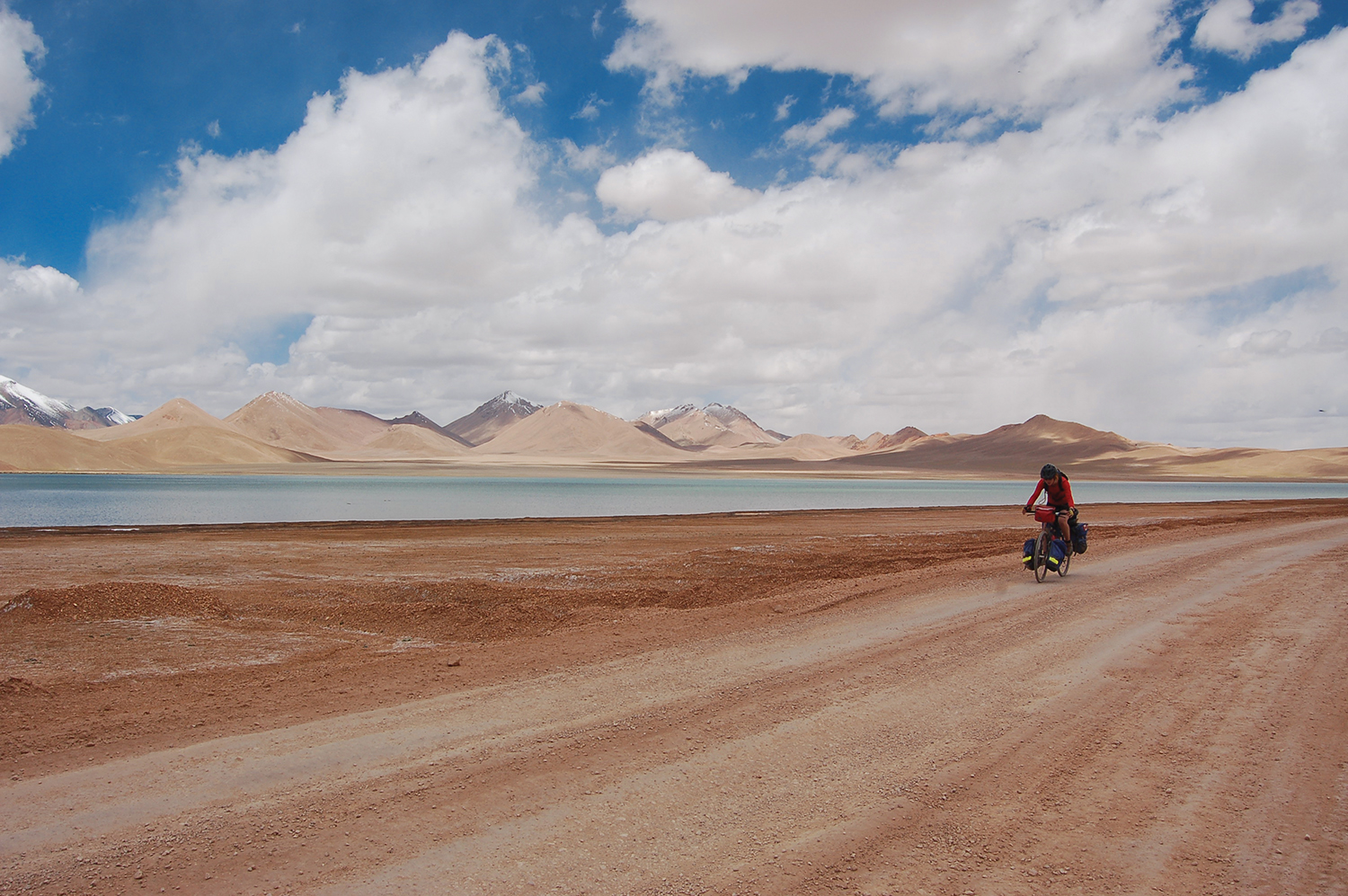 Our well-traveled would-be Martian, Kate Harris ’05, cycling across Tibet. “I would’ve gladly gone where none had before, with no promise of return, for even a whiff of insight into the basic perplexities of existence.” (Photo courtesy Kate Harris ’05)

The last time Kate Harris ’05 appeared in these pages, as a Carolina sophomore in 2003, she was laying plans for a trip to Mars. “It stretches your imagination as to what are the real limits of life,” Harris said of her dreams for the Red Planet. “And you can go there within my lifetime.”

She hasn’t made it yet, but Harris has traveled just about everywhere but Mars in the years since graduation. And she’s done much of it under her own steam, pedaling across whole continents as she tests the limits of earthbound life.

“We’re only here by fluke, and only for a little while, so why not run with life as far and wide as you can?” Harris asks in Lands of Lost Borders: A Journey on the Silk Road. Published in August, the book recounts Harris’ journey from Istanbul to Kashmir, covering almost 10,000 kilometers of the world’s toughest terrain on a bicycle.

The memoir is part travelogue, part meditation on what it means to be an explorer when the word itself sounds archaic, something from a lost age. 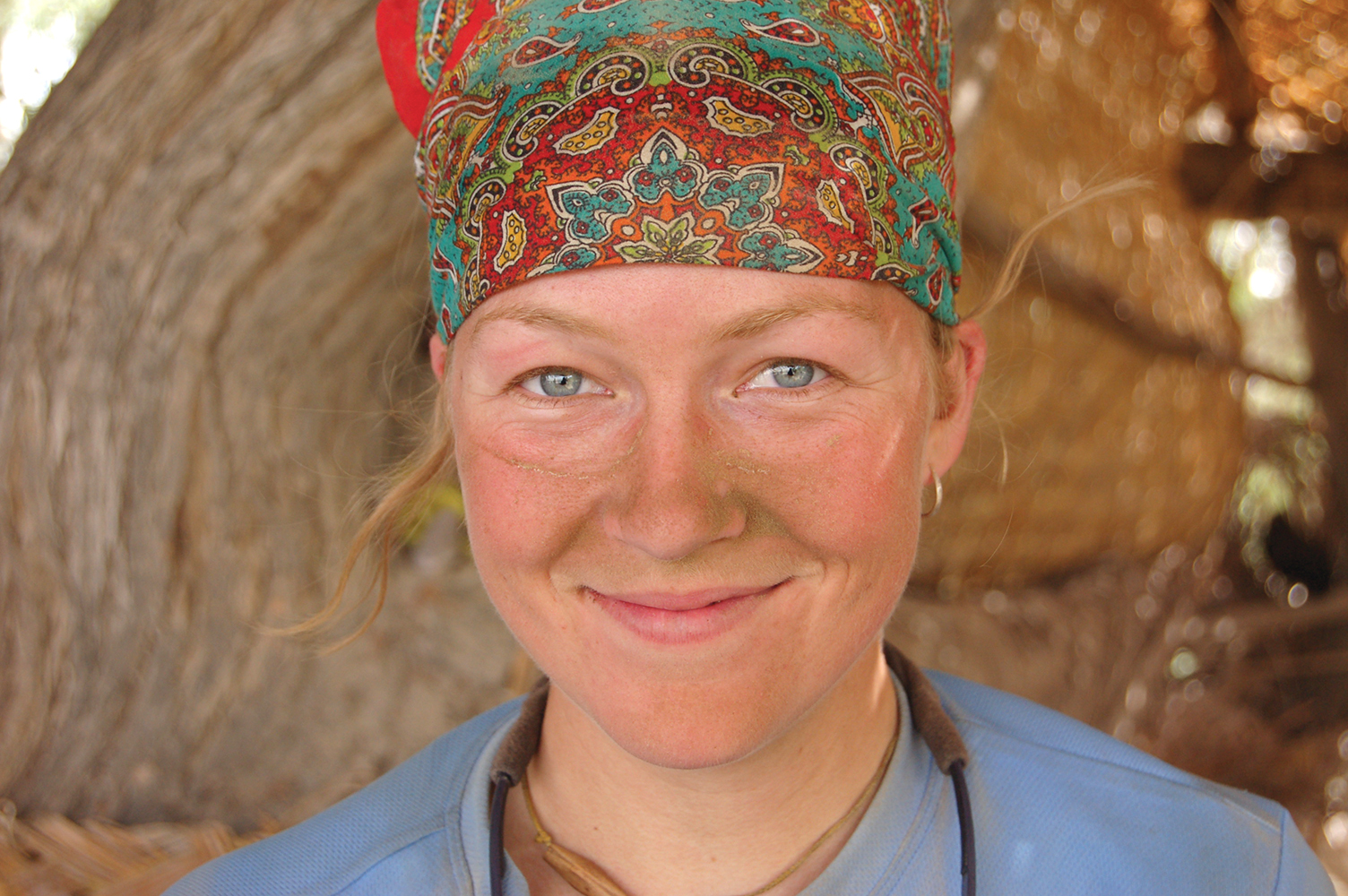 It takes a fair amount of wildness to launch a person from the Morehead Scholarship, Oxford and MIT to a campsite by the side of the road in Tajikistan. (Photo by Mel Yule)

“I would’ve gladly gone where none had before, with no promise of return, for even a whiff of insight into the basic perplexities of existence,” Harris writes. “Where did we come from and are we alone in the cosmos and what exactly — or even generally — does it all mean? Places like the Tibetan Plateau or the Taklamakan Desert seemed to promise not answers, exactly, but a way of life equal to the wildness of existing at all.”

It takes a fair amount of wildness to launch a person from the Morehead Scholarship, Oxford and MIT to a campsite by the side of the road in Tajikistan. Originally on track to become an astrobiologist — trained and ready for that mission to Mars — Harris decided to change course between finishing her Rhodes Scholarship and sleeping under her lab bench as a doctoral student at MIT. She found academic science — with endless spreadsheets and long days under fluorescent lights — a much greater hardship than pedaling through sleet and snow in remote parts of the world.

“There were hints and glimpses all along that maybe this wasn’t the right path,” Harris said in an interview about the book. “It was so much narrower than what I wanted to explore.”

That realization — that lab life wouldn’t satisfy the wanderlust that Harris has felt since childhood — was the driving force behind Cycling Silk, an expedition by Harris and her longtime friend Mel Yule to follow in Marco Polo’s footsteps from Europe to Asia, by bike. In 2011, she bid farewell to Cambridge and bought a ticket to Turkey. 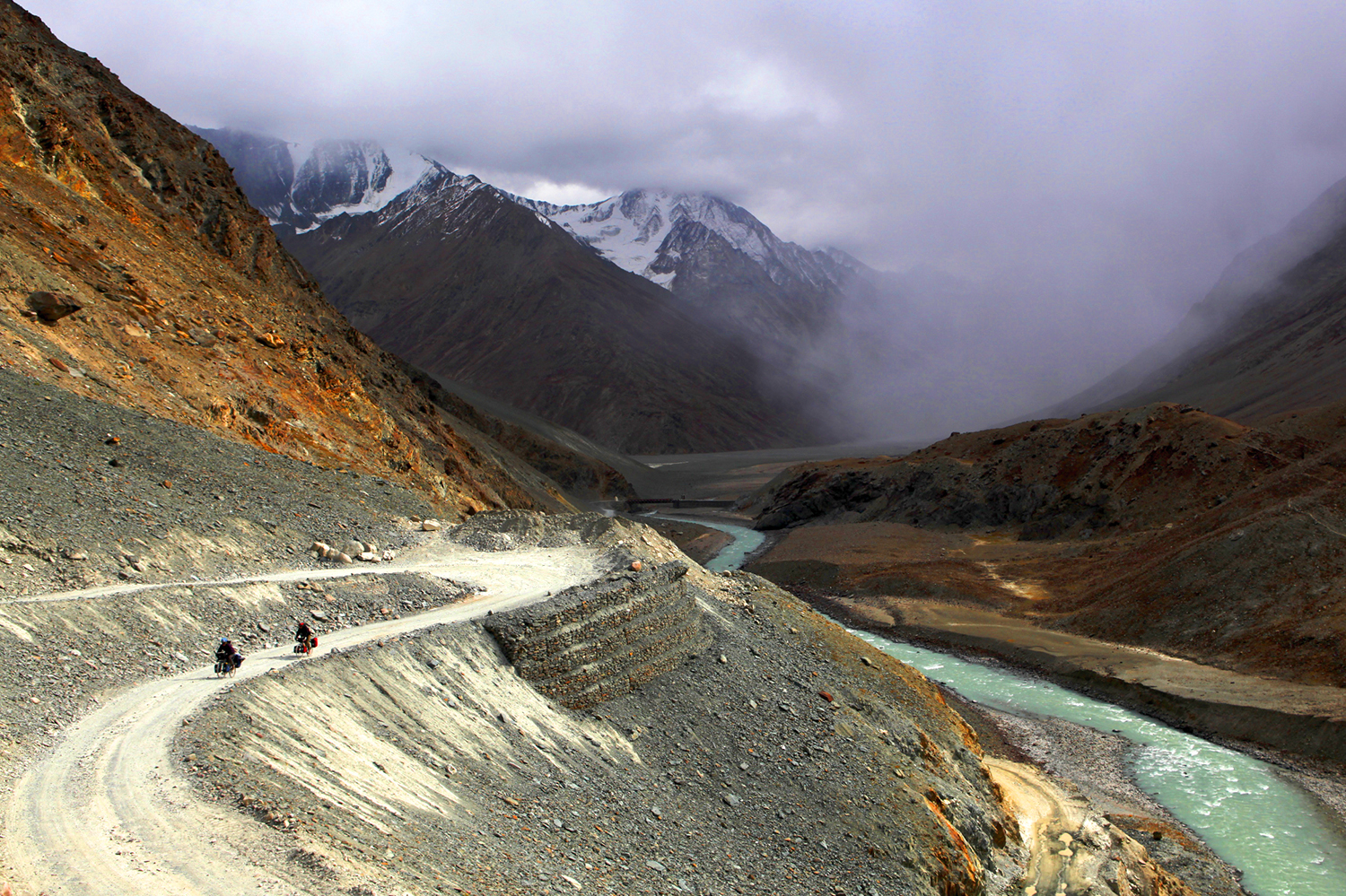 The book draws from the extensive notes and occasional video footage of Harris’ epic bike ride, a journey culminating in a hard climb through Himalayan passes and on to the Kashmiri town of Leh. (Photo courtesy Kate Harris ’05)

Imagine that the best-read person you’ve ever met also was the most athletic. And the cheeriest. And basically immune to physical discomfort. That’s what it feels like to bike along with Harris for 291 pages, where tales of ducking Chinese border police can detour into a short essay on glacier trekking and the geopolitical consequences of scientific maps.

Harris studied the history of science at Oxford, and she wears her Rhodes Scholar credentials as lightly as a fleece jacket as she pedals the Silk Road. One of the great pleasures of Lands of Lost Borders is that you get a brilliant seminar on famous and obscure scientific expeditions, even as you ride along for Harris’ unfolding adventure. She’s equally happy to stay up all night biking under the stars in Uzbekistan and devouring The Structure of Scientific Revolutions in an Oxford library. 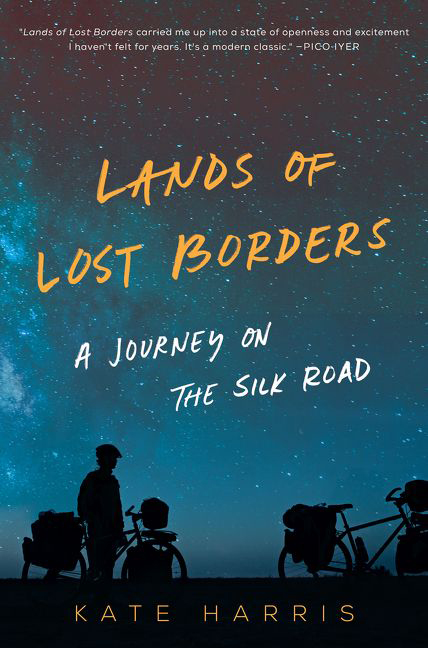 Lands of Lost Borders: A Journey on the Silk Road is a struggle against the idea of permanent borders.

As the title suggests, the book also is a struggle against the idea of permanent borders. Part of Harris’ aim in undertaking the Silk Road trip was to document how political borders clash with both nature and human nature. She writes about the absurdity of Indian and Pakistani troops facing off atop an uninhabited glacier and about how arbitrary and unjust borders can feel to those caught on the wrong side.

“We subconsciously accept [borders] as part of the landscape — at least those of us privileged by them, granted meaningful passports,” Harris writes. “They articulate our deepest, least exalted desires, for prestige and permanence, order and security, always at the cost of someone or something else.”

She knows this is a difficult moment to be arguing for a more open world. Across much of the globe, political debate is more likely to focus on hardening borders than getting rid of them. But Harris is a long-term optimist, informed by her experience biking across lands where empires have come and gone, where politics and power seem small against the backdrop of geology and time.

The book draws from the extensive notes and occasional video footage of Harris’ epic bike ride, a journey culminating in a hard climb through Himalayan passes and on to the Kashmiri town of Leh. But the writing itself took place in cozier confines, in the wood-heated cabin that Harris shares with her partner in Atlin, British Columbia. Atlin isn’t quite as remote as Tibet, but it’s about as far from anywhere as you can manage in North America. Anchorage, Alaska, is more than 15 hours by car.

“It’s an incredible place to live,” Harris said. “And I first found it as part of a Morehead summer program, doing research on the Juneau Icefield.” She now spends long mornings reading and writing and her afternoons skiing and hiking in the protected parkland around Atlin. She turns on the Wi-Fi for short bursts to answer email or do research, then turns it off again.

There’s a satisfying arc to Harris’ young career as an explorer. After so many years of hoping and preparing for life on another planet, she wants to deepen our experience of life on this one.

“It wasn’t a different world I craved anymore so much as this world done differently, done better for everyone,” she writes toward the end of the book. “Maybe the right words could launch us there, or more accurately bring us home.”