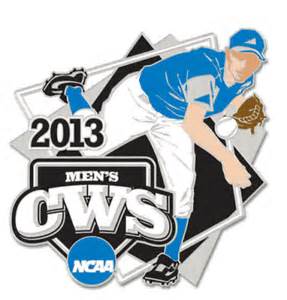 N.C. State All-America pitcher Carlos Rodon struck out eight and kept the Tar Heels scoreless for eight innings as the Wolfpack rolled to an 8-1 victory over Carolina in the teams’ first game of the 2013 College World Series in Omaha, Neb.

“Complete dominance,” UNC coach Mike Fox said of Rodon. “He was too good for us today.”

It was the fifth time Rodon has pitched against the Heels in the past two seasons. While he’s always pitched well, it was only the second win he’s posted against Carolina. In the past, the Tar Heels have managed to get into the State bullpen and come back for the victory.

This time Rodon went the distance.

“He had everything working,” said UNC’s Brian Holberton, who had two of the Heels’ five hits.

Tar Heel Chaz Frank said Rodon really didn’t do anything different than he usually does. “He picks up his game even more when he plays us,” he said.

The difference this time, Fox said, was that Carolina’s pitching didn’t match Rodon’s. While Fox said that the Tar Heels wouldn’t be in the World Series without UNC starter Kent Emanuel, he also said that Emanuel has not had command of his off-speed pitches lately. “Hopefully, he’ll get another chance,” Fox said.

Emanuel, who lasted less than three innings, said the problem is as simple as not putting the pitches where they need to be.

State got on the board in the first inning to set the tone even before Rodon took the mound.

With two outs, State’s Tarran Senay singled in lead-off batter Trea Turner, who had walked, to put the Wolfpack up 1-0 in the first inning.

“I had two strikes on him and I wanted to go outside,” Emanuel said. “I did but I needed a couple of inches more to get the out instead of him getting the cap on it for a hit.”

It might be a game of inches but the Wolfpack opened the game up by a mile in the third inning. State’s Grant Clyde singled in Brett Austin, who had doubled, to put the Wolfpack up 2-0. Then, Brett Williams doubled down the left field corner to drive in another run to make it 3-0.

State’s Bryan Adametz singled in a run and, after Emanuel was pulled, UNC reliever Chris McCue gave up an RBI-single to Logan Ratledge that made it 5-0.

With Rodon dealing on the mound, the 5-0 lead proved insurmountable.

“Anytime you’re facing Carlos Rodon, getting behind early is one of the worst things you can do,” Fox said.

But with UNC facing an elimination game Tuesday at 3 p.m. EDT against the loser of UCLA-LSU, the Tar Heels remain confident.

“This team has played with a lot of fight all year,” Frank said. “We haven’t lost two in row all year and we don’t plan on losing Tuesday either.”

Fox said the Tar Heels rely on the team leaders to rally them. “We have to play a lot better,” he said. “It was disappointing today but it’s no doubt we’ll be ready Tuesday.”