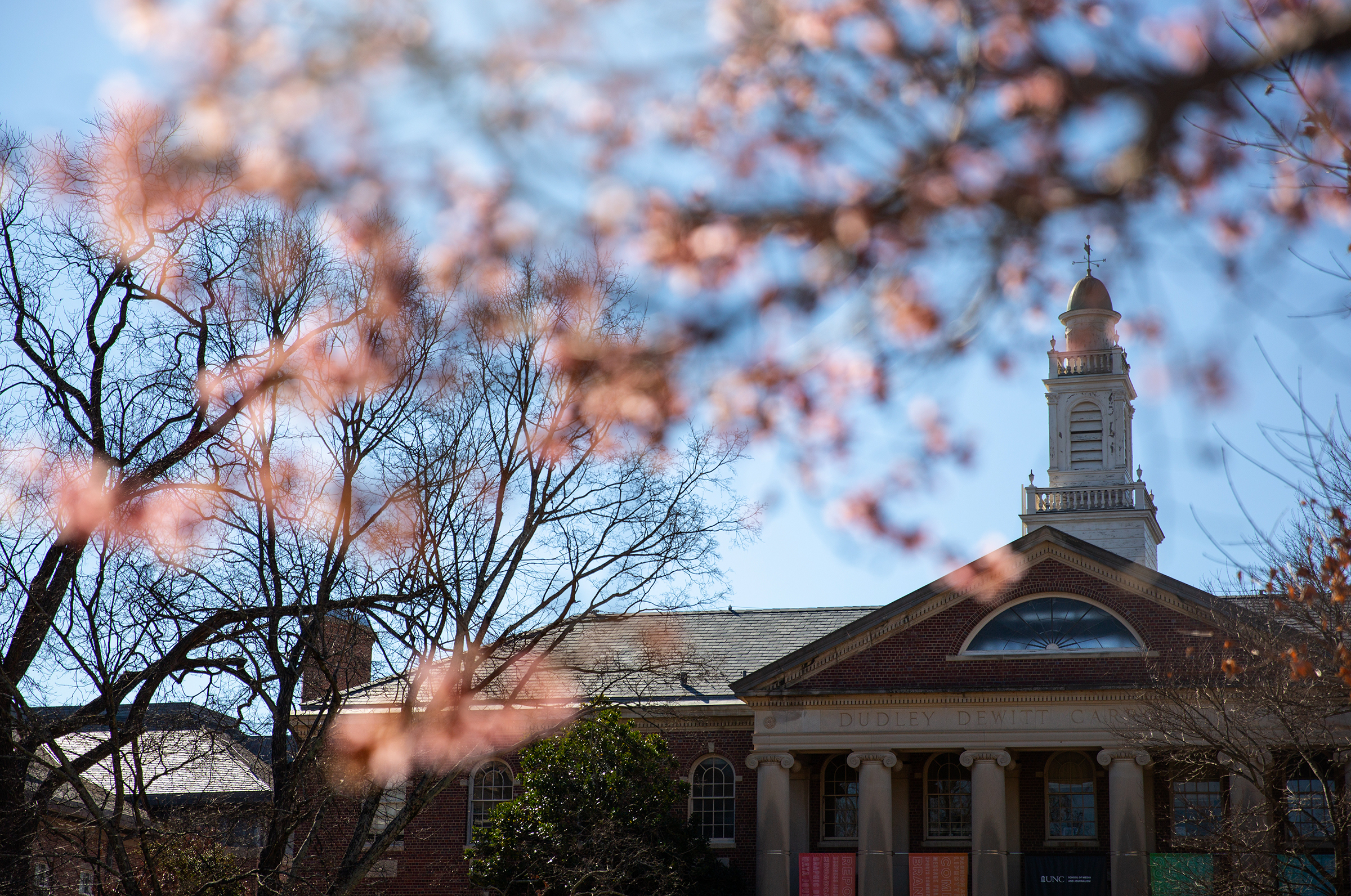 The gift to Carolina, Hussman said, honors the four generations of his family who have dedicated their lives to news and journalism. (Alex Kormann ’19)

Walter Hussman Jr.’s family has been in the newspaper business since 1909. Hussman, who started working at the Camden News in Arkansas at age 10 and is a 1968 graduate of Carolina’s journalism school, has put his deep faith in the profession to work for the 69-year-old school with a $25 million gift that has renamed it the Hussman School of Journalism and Media.

It is the largest gift to the school, which started as a department in 1924. 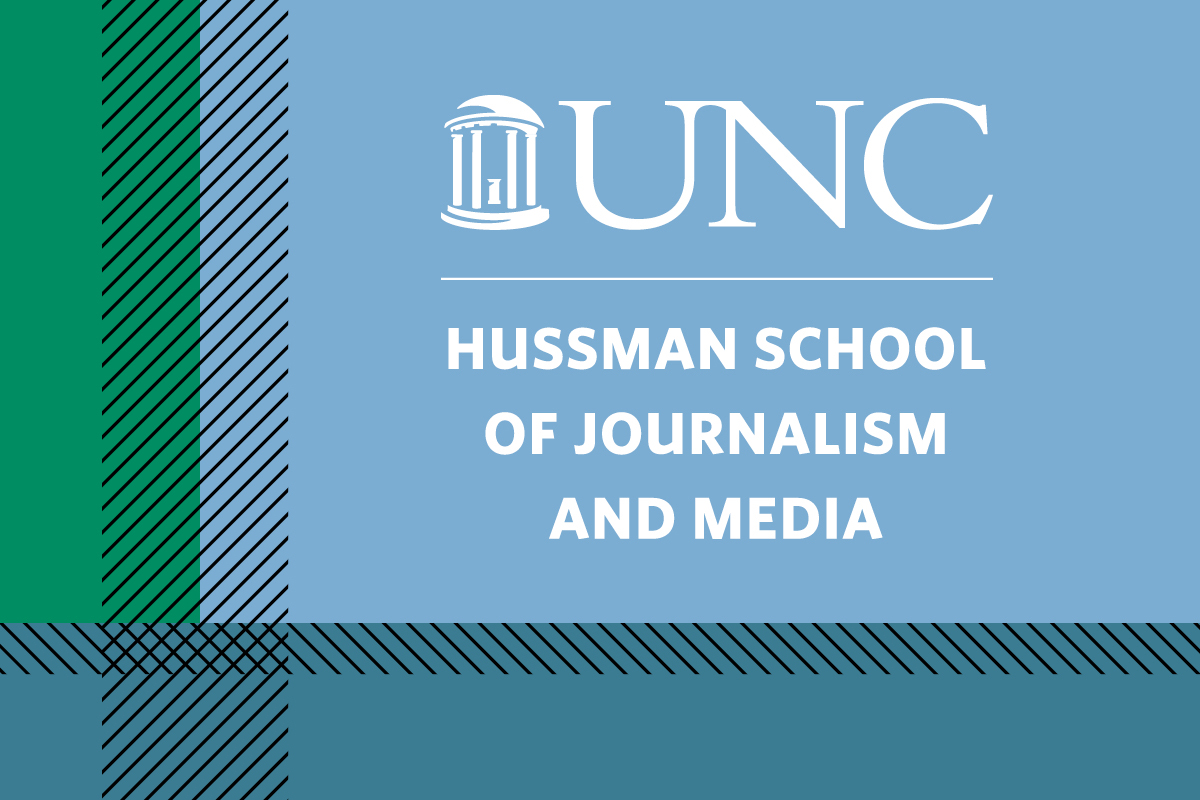 “It would be difficult to overstate the impact of this gift during this pivotal time of economic dislocation and mounting distrust amid campaigns to discredit reporting, journalism and media institutions,” Dean Susan King said. “The Hussman family’s stalwart belief in the future of journalism, its critical role in a democratic society — and our school as a guardian of its foundational values — is both a signal and calling to remain grounded in principles as we innovate, invent and lead the way through the challenges of this era.

“Our faculty, staff and alumni will have confidence that we are up for the challenge — we are going to persevere in the digital age with values, innovation and determination.

“This is a transformative gift for the school, not just for now, but for the future — for not one generation, but for generations to come.”

Printed on the second page of each of the 10 daily newspapers Hussman and his family now own are these core values: objectivity, impartiality, integrity and truth-seeking. The school reported that this credo will be chiseled in granite at the entryway of Carroll Hall.

Hussman said he hopes his investment to train the next generation will help reverse the decline in the public trust of the media.

“I believe that by adopting these core values, The University of North Carolina at Chapel Hill’s journalism school can be the leader and serve as an example for other journalism schools in America to follow,” Hussman said. “We’re seeing people questioning who they can trust. Americans are beginning to realize they can’t trust a lot of what they see on the internet. They need to rely on a trusted source of professional journalism. We need to renew the values, standards and practices that have stood the test of time.”

Hussman also has invested in an unusual way in his company, in response to newspapers declining at an alarming rate amid few workable ideas for turning them around. Last May, as he was being honored as the Arkansan of the Year by Easterseals Arkansas, he posed with boxes filled with thousands of iPads he’d just bought — electronic readers he hopes will save a newspaper.

He got them to give to subscribers in parts of the state where Hussman’s Arkansas Democrat-Gazette no longer is available in print on weekdays and, for some of them, on Sundays as well.

Hussman sent out teams of the newspaper’s staff to show subscribers how to read a digital replica of the paper’s print edition. And he knew the iPads and the instruction would saddle him with another year of losing money.

Hussman has seen the cost of printing and delivering a newspaper go up, watched the advertising model turn upside down in the digital revolution and, most recently, felt another blow as profitable preprinted circulars have begun to decline.

His iPads project is a gamble — he doubts other papers will try something like it — but Hussman is passionate in his belief that the work newspapers do matters and that a vital dissemination of information would die with them.

He is fighting back every way he knows how, and that includes the gift to his alma mater.

Hussman’s grandfather, Clyde Palmer, bought the family’s first newspaper in 1909 and over the next 48 years acquired and published five daily newspapers, mostly in Arkansas. Walter Hussman Sr. published the family newspapers for 50 years, until 1981, and also expanded into radio and television broadcasting stations and cable television systems. Hussman Jr. continued working at the newspapers in the summers throughout high school. After graduating from Carolina, he earned an MBA at Columbia University in 1970.

At the unveiling of his iPad project, Hussman explained how he hoped it would work: He would need to convert some 70 percent of the newspaper’s print subscribers to digital, and they would pay at or near the full rate.

“The print model is not going to make it for newspapers. I don’t care what town you are in in America.” The Democrat-Gazette still makes money on Sundays, but the weekday paper does not. He realizes the weekday print edition could die, but he hopes the Sunday paper can continue.

“We are in unexplored territory. No one has ever done this. I don’t have the answer. We are going to do what works.

“I think that society and our democracy are going to be so impeded if we don’t have newspapers.” Pointing to local front-page stories, he added: “Who is going to cover things like that if there’s not a newspaper?”

The Hussman family previously established two endowed professorships at Carolina — in the journalism school and the School of Education.

Former UNC President Edward Kidder Graham (class of 1898) taught the first journalism course in 1909, 15 years before the department was created.

“From Edward Kidder Graham’s first journalism course at Carolina to today, UNC’s School of Media and Journalism has prepared thousands of students to discover the truth, foster democracy through dynamic communications and ignite the public conversation across our state and around the world,” said Interim Chancellor Kevin M. Guskiewicz.

WEHCO Media now owns dozens of media outlets in six states. Hussman is a past president of the Southern Newspaper Publishers Association and has been on the boards of The Associated Press and C-SPAN. He was Editor & Publisher magazine’s Publisher of the Year in 2008. He is a 2009 recipient of UNC’s Distinguished Alumni Award, and he was inducted into the N.C. Media and Journalism Hall of Fame in 2014.

In recent years Hussman’s children — Palmer Hussman, Olivia Ramsey ’09 and Eliza Gaines ’09 (’12 MA) — have played active roles at WEHCO. The gift to Carolina, Hussman said, honors the four generations of his family who have dedicated their lives to news and journalism.

The Hussman School is the fifth named school at Carolina, joining Kenan-Flagler Business School, the Gillings School of Global Public Health, the Eshelman School of Pharmacy and the Adams School of Dentistry.

• “Naming Rites” The University first named a building for a person — Thomas Person — in 1797. Who gets the honors, and why? Dozens of campus nameplates mark the good works of public servants. But lately, they’re more likely to be for sale. From the July/August 2007 Review.