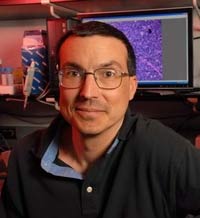 UNC is one of 12 centers chosen to be part of a large-scale, collaborative effort by the National Cancer Institute and the National Human Genome Research Institute to systematically characterize the genomic changes that occur in cancer.

The national effort, described as unprecedented, aims to shape the future of cancer research and treatment.

The Cancer Genome Atlas Grant is a five-year award, expected to bring $13 million to $20 million to Carolina, and puts scientists from UNC’s Lineberger Comprehensive Cancer Center and their collaborators across campus at the center of a major push to provide a deeper understanding of the mechanisms responsible for the uncontrolled growth of cancer cells and their spread throughout the body.

According to the genome research institute, the genomic information generated by the project could fuel advances in cancer research, including new ways to categorize tumors, new therapeutic targets and methods that allow clinical trials to focus on patients who are most likely to respond to specific treatments.

The project aims to develop a comprehensive catalog of the many genetic and genomic changes that occur in cancers including chromosomal changes, gene expression differences, DNA mutations, and epigenomic changes (changes that happen to DNA but do not change the underlying hereditary information).

“This project represents one of the most ambitious and challenging human genetics efforts to date, only rivaled by its predecessor, the Human Genome Project,” said Dr. Charles Perou, associate professor of genetics, and pathology and laboratory medicine.

“The [Cancer Genome Atlas Grant] project takes a comprehensive approach to the study of human cancers and applies multiple cutting-edge technologies to the same large set of tumors,” he added. “The real power of this project is in the integration of these different genetic data types into a common framework that should provide a much more complete picture of why a tumor is a tumor.”

“We are enormously excited to be one of only a handful of institutions selected for this tremendously important cancer project,” said Dr. H. Shelton Earp ’70, who is Lineberger’s director.

“Cancer genetics has been a key area for University Cancer Research investment, allowing us to diversify the technologic base needed for this project.” Earp said. “This phase of the Cancer Genome Atlas will yield many new cancer discoveries that may change the face of clinical cancer care in the near future.”

UNC’s specific focus is to characterize what genes are being expressed, and not expressed, in each tumor type studied. Using a methodology called “gene expression profiling,” scientists get a powerful look at a given tumor and can precisely determine what genes are “on” and what genes are “off.” Cancers typically are caused by some genes being inappropriately on and other genes being inappropriately off; being able to look at all genes at once and determine which are on is critical to a better understanding of tumor biology. 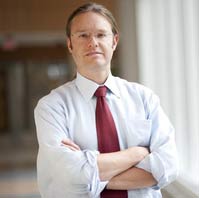 Project co-director Dr. Neil Hayes ’96 (MD) noted that the laboratory science is specifically designed to benefit patients as quickly as possible. “Our participation is recognition that UNC has a community of cutting-edge researchers, particularly in our ‘bench to bedside’ approach and as one of only a few NCI-designated Comprehensive Cancer Centers included in the funding. Just as we balance our days between patient care and science, the leadership at NCI and NHGRI is asking us to keep this project grounded in benefits to patients. I can’t imagine a more important leadership role, and we take this charge very seriously,” he said.

The UNC project team is headed by Perou and Hayes and includes a broad multi-disciplinary team that reflects the tremendous complexity and depth of the data collected, and the desire to extract as many biological insights out of this data as possible. Team members hail from seven different departments across UNC, including genetics (Drs. Derek Chiang ’00 (BSCH) and Piotr Mieczkowski), medicine (Hayes), biology (Drs. Jason Lieb and Corbin Jones), pathology (Perou and Dr. Michael Topal), statistics (Drs. Steve Marron and Andrew Nobel) and biostatistics (Drs. Yufeng Li, Wei Sun and Fred Wright).