The General Alumni Association Board of Directors presented on Friday, Oct. 1 its 2022 Distinguished...

As an award-winning scientist, Markita Landry ’06 wrestles with nanosensors and DNA in her lab... 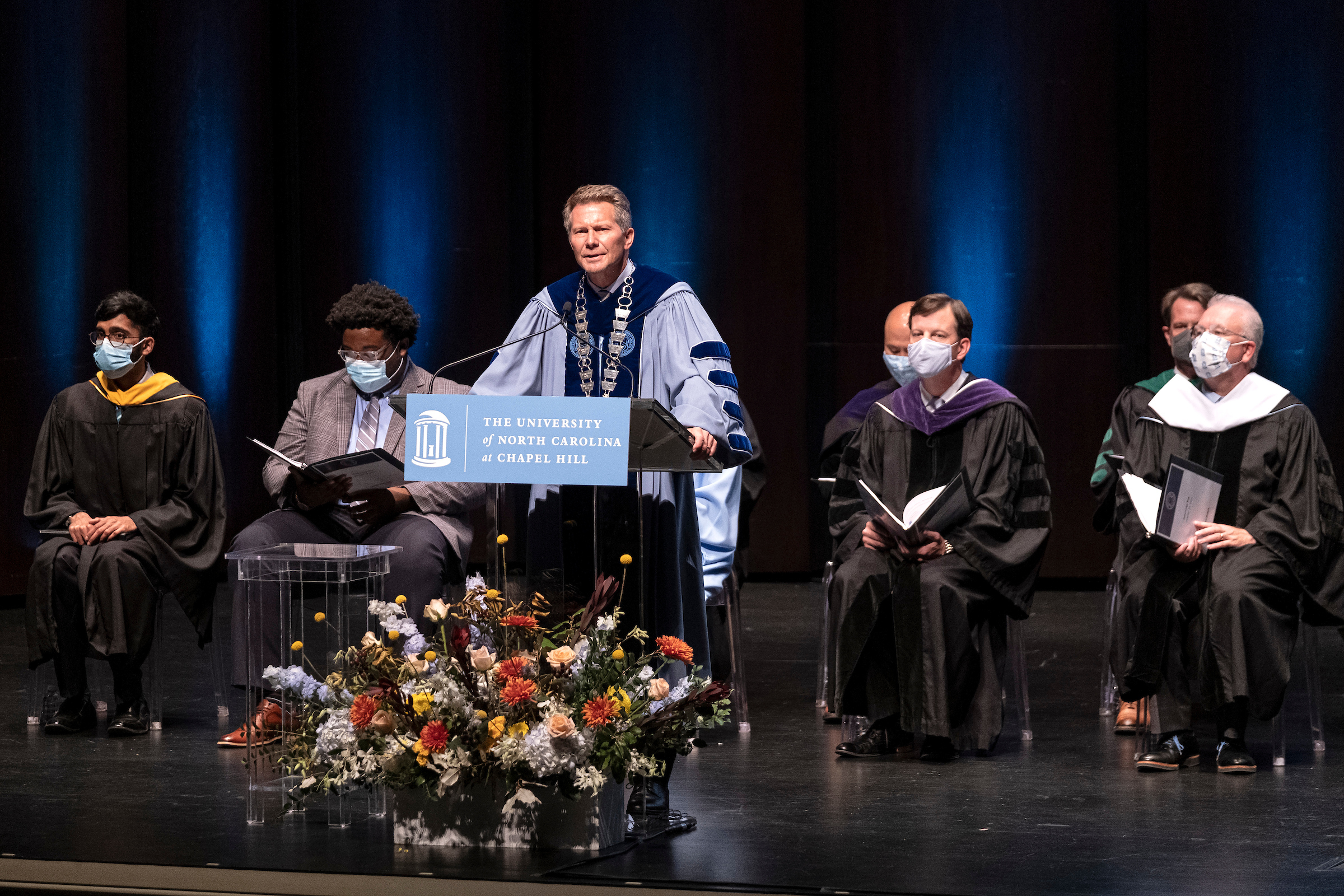 With classes canceled for a day devoted to mental health, Carolina observed a somber 228th birthday that leaders called a time for reflection, reckoning and resilience.

Coming during not only a lingering pandemic but also a more acute mental health crisis on campus, University Day was held as classes were canceled and a Wellness Day observed on Tuesday to help the campus community heal after two student suicides in the past month.

“As chancellor, a professor and a parent, my heart breaks for all those whose suffering goes unnoticed,” Chancellor Kevin M. Guskiewicz said near the beginning of the Oct. 12 afternoon ceremony at Memorial Hall. He then asked the audience to observe a moment of silence.

On a stark stage with only the seal of the University as a backdrop and two sprays of fall flowers for decoration, faculty and staff leaders spoke of the dedication of University employees and their solidarity with students during this time of hardship, reported The Well, UNC’s campus news website.

“We are honored to teach and learn with you, to walk with you in triumph and in times of despair. You make all our work worth it,” said Faculty Council Chair Mimi Chapman ’97 (PhD).

Calling staff “the backbone of this University,” Employee Forum Chair Katie Musgrove ’15 reminded the audience that, during the pandemic, the staff-run Carolina Blood Drive was recognized by the American Red Cross as the largest single-day blood drive operation in the country. The audience broke into spontaneous applause.

The 228th anniversary of the University’s founding also occurred a day after a proclamation acknowledged that it was built on the homelands of Indigenous peoples and a week before a webinar exploring the contributions of its Unsung Founders, the “people of color bond and free” who built the campus.

Remarking that as an “openly queer Black person,” he attends an “institution that was built not for people that look like me, but by people that look like me,” Student Body President Lamar Richards questioned the celebration of the founding in his remarks. “Today, however, I do not call only for reflection, reckoning and a resetting, but a rebirth of the values we call our own.” 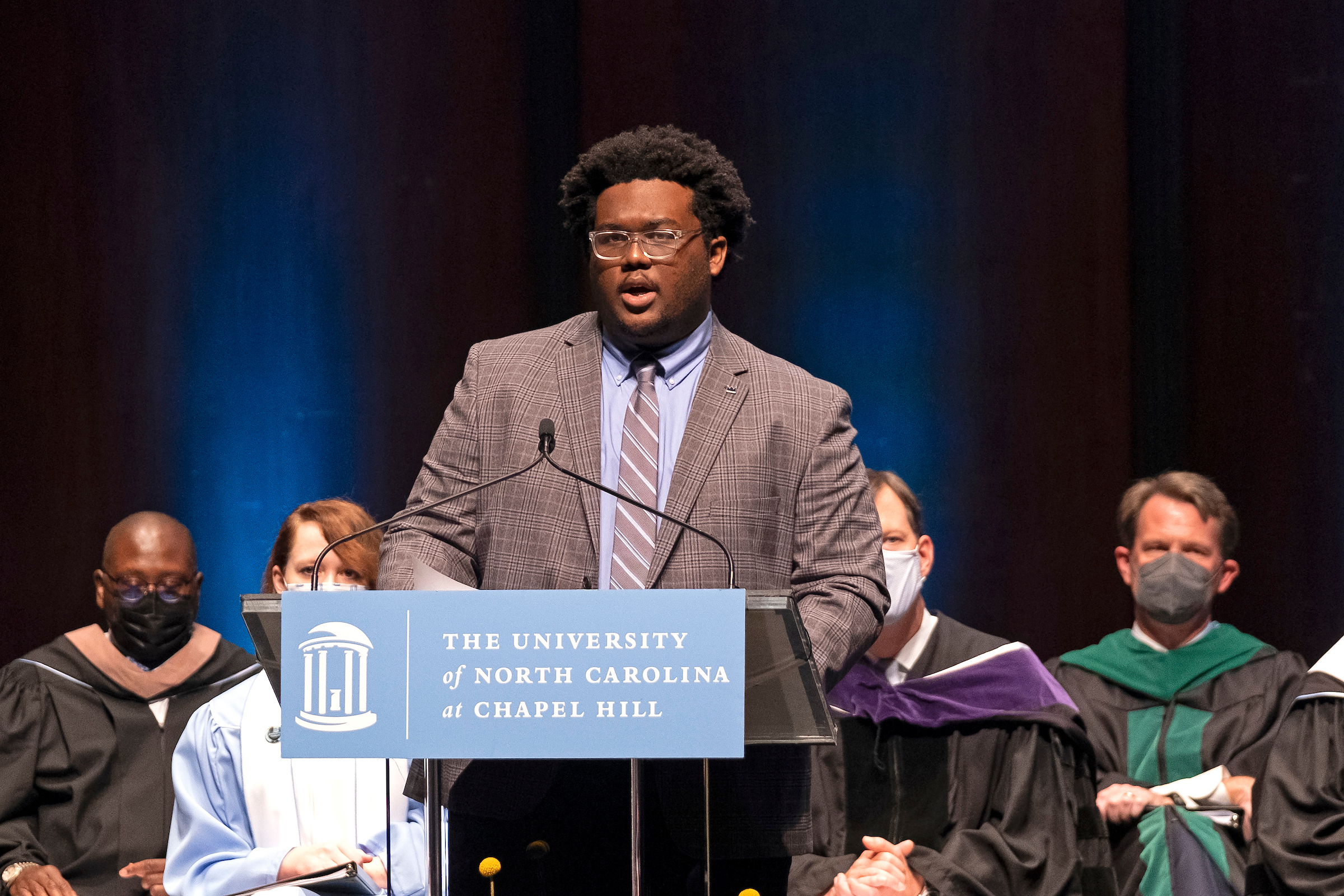 Student Body President Lamar Richards questioned the celebration of the founding in his remarks. (UNC/Jon Gardiner ’98)

David L. Boliek Jr. ’90, chair of the University’s Board of Trustees, spoke of Carolina’s resilience.

“To me, this day is about resilience,” he said. “I’ve thought of resilience as a process of adapting in the face of adversity, trauma, tragedy, threats or significant sources of stress. That certainly fits. Resilience can also bring around profound personal growth. And that is my hope.”

Echoing the theme of resilience and acknowledging the ongoing tension between preservation and progress at Carolina, keynote speaker UNC System President Peter Hans ’91 called the University “a resilient place.”

“You don’t make it to your 228th birthday without proving your ability to adapt, recover and reinvent, to change with the needs of a changing world,” Hans said.

The statewide system he leads, now in its 50th year, grew out of the founding of the nation’s first public university here in Chapel Hill. “It has taken longer than it should have in many cases, but the creation of a statewide system of higher education has steadily delivered on the promise that college, once reserved for a handful of our fellow citizens fortunate enough to spend time here in Chapel Hill, must be open to everyone,” Hans said.

“We pledge to do all that we can to work with the chancellor, his administration, the faculty, the Board of Trustees, the UNC System Board of Governors and the North Carolina General Assembly to assure that our University and our UNC diplomas retain the recognition, value and prestige earned over the past 228 years,” Simpson said. “The GAA thanks all of you who are here today for your support, and we appreciate the opportunity to serve our University.”

In his remarks, Hans particularly honored two Carolina visionaries. The first was the late John Sanders ’50 (’54 JD), longtime director of what is now the School of Government, “who helped guide this place into the modern era.”

The second was coronavirus researcher Ralph Baric, recipient of the UNC System’s highest honor, the O. Max Gardner Award, recognizing one faculty member’s greatest contributions to the welfare of the human race. Baric, William R. Kenan Jr. Distinguished Professor in the department of epidemiology and professor in the department of microbiology and immunology in the Gillings School of Global Public Health, received a standing ovation along with his award. 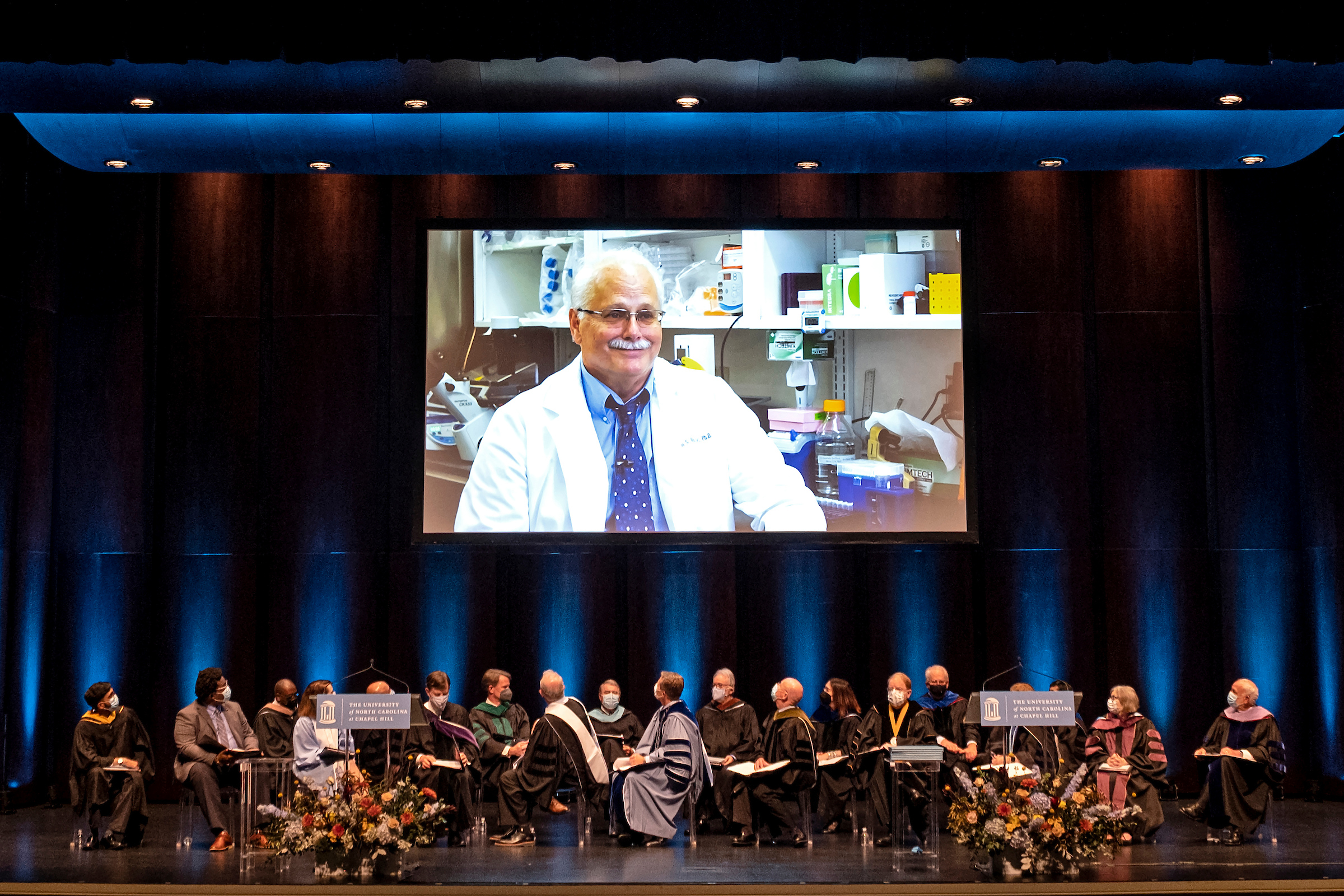 “One of the reasons he’s especially deserving of the Gardner Award is his eagerness to engage and use this high-profile moment as a chance to teach all of us how science works; how collaboration across disciplines, institutions and borders benefits all of us; and how steady support of basic research leads to a safer, more prosperous world,” Hans said.

The award citation praised Baric for the “basic studies and models [that] seeded the development and testing of many countermeasures used to treat or control emerging coronavirus and norovirus infections, and especially SARS-CoV-2” and his role in the development and rollout of the Moderna vaccine, used by millions in the United States.

University Day is also when Carolina presents its Distinguished Alumna and Alumnus Awards. This year’s recipients are: 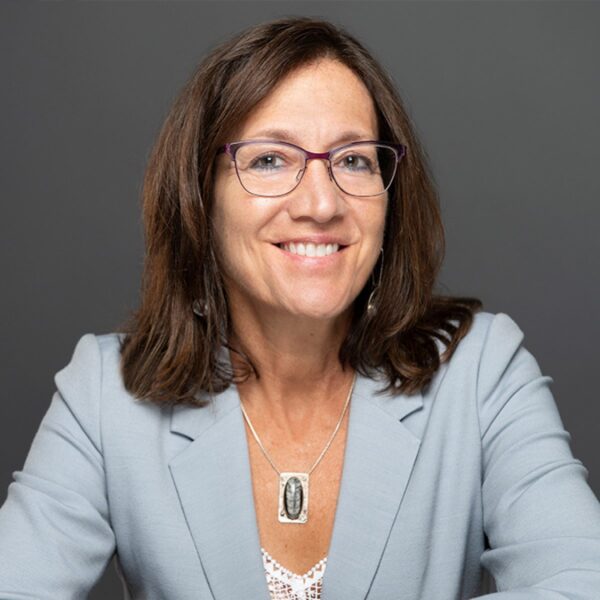 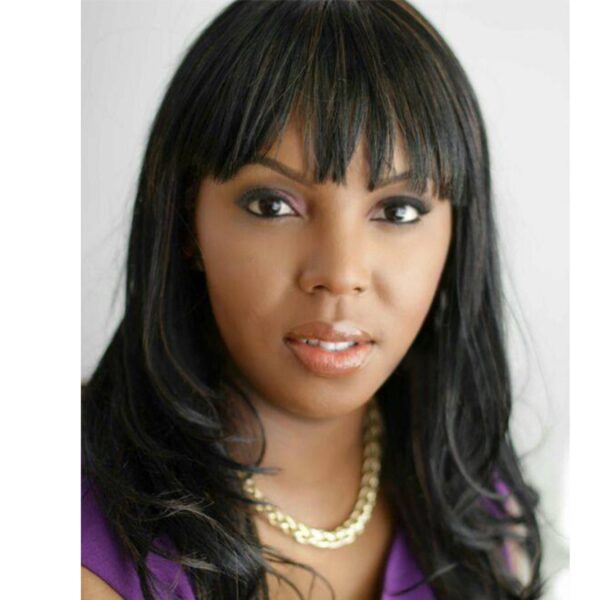 Awards also were presented to other members of the faculty and staff: