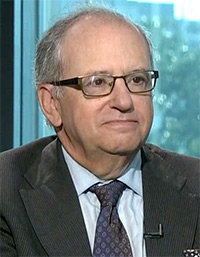 Norman Ornstein, resident scholar at the American Enterprise Institute, will speak about the nation’s dysfunctional political system — and how to fix it — in an Oct. 2 speech at UNC.

Ornstein’s topic for the annual Thomas Willis Lambeth Distinguished Lecture in Public Policy is “Coping With Dysfunction: How Can the American Political System Emerge From its Morass?” The free event is open to the public and will be held at 5:30 p.m. in Gerrard Hall.

Ornstein, a longtime observer and scholar of Congress and politics, writes the weekly “Washington Inside Out” column for National Journal and The Atlantic. For 30 years, he was an election eve analyst for CBS News; in 2012, he was a principal on-air election eve analyst for BBC News. He also served as co-director of the AEI-Brookings Election Reform Project and participates in AEI’s Election Watch series, and he led a working group of scholars and practitioners that helped shape the McCain-Feingold campaign-financing reform law.

Ornstein is the author of many books; they include The Permanent Campaign and Its Future (AEI Press, 2000) and The Broken Branch: How Congress Is Failing America and How to Get It Back on Track, with Thomas E. Mann (Oxford University Press, 2006). The Broken Branch was named by The Washington Post as one of the best books of 2006 and was called “a classic” by The Economist. Most recently, his book It’s Even Worse Than It Looks: How the American Constitutional System Collided With the New Politics of Extremism (also with Thomas Mann, Basic Books, 2012), was a New York Times best-seller and was named Book of the Year by Ezra Klein’s Wonkblog, was selected as one of the 10 best books on politics in 2012 by The New Yorker and was picked as one of the best books of 2012 by The Washington Post. Foreign Policy magazine named Ornstein one of 2012’s 100 Top Global Thinkers.

The Lambeth speech series is named for the 1957 UNC graduate and former executive director of the Z. Smith Reynolds Foundation. It was endowed in 2006 to bring to campus distinguished speakers who are practitioners or scholars of public policy, particularly those whose work addresses education, ethics, democratic institutions and civic engagement.