When Kya Johnson ’01 asked her parents for a go-kart for her 10th birthday, they told her to put together a pitch explaining why they should invest in her dream.

Luckily, entrepreneurism and trailblazing ran in the family: Her father, Kenneth Johnson ’71 (’74 JD), had opened a law practice in Greensboro, and her mother, Shirley Hall Johnson ’72, was the first Black student in the physical therapy program at Carolina. Even so, the Johnsons wanted their daughter to build the tools to see her passions through.

So Kya created a presentation, a kind of Shark Tank pitch, if you will, for the elementary school set. Just like that, a serial entrepreneur was born.

“My parents recognized early on that I was very headstrong, and so they allowed me to use that in a good way,” said Johnson, who got both the go-kart and a lesson in anchoring dreams to strategy. “They nursed the creativity.”

Johnson has gone from go-kart go-getter to founder and CEO of RainbowMe, a multimedia company that features fairy tales and folklore narratives from around the world with people of color as main characters. RainbowMe’s books have an augmented-reality twist: Readers can hover a smartphone app over the book to see an animated character spring from its pages to narrate.

RainbowMe is the culmination of an idea Johnson first had in 2009 while sitting in a movie theater packed with other 20-somethings. They had gathered to see Tiana, the first Black Disney princess, in the animated film The Princess and the Frog. The thrill of seeing a popular character who looked like her — and a fellow entrepreneur — was a feeling Johnson didn’t want other children to wait 20 years to experience.

“Even as an adult, the movie took me back to that place where, ‘OK, I can be a princess, too,’ ” said Johnson, who loved Cinderella as a kid. “If I’m feeling that way as an adult, just imagine kids whose vocabulary might not be there yet. They’re having the same feelings, but they can’t really verbalize what it means to see somebody who looks like them.” 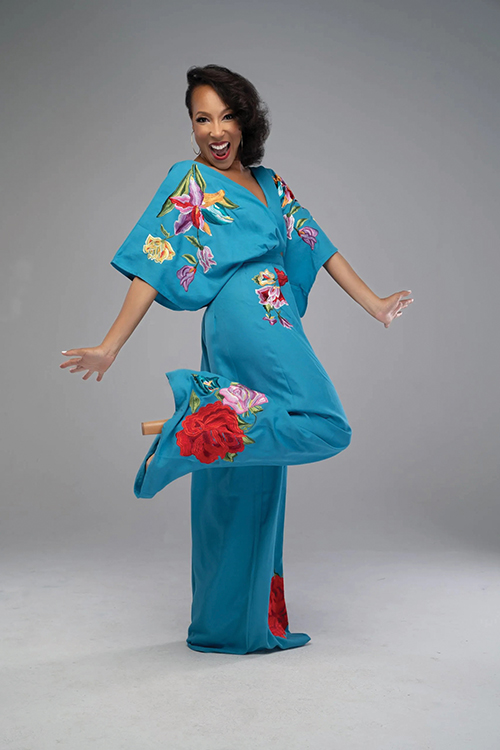 Kya Johnson ’01 has gone from go-kart go-getter to founder and CEO of RainbowMe, a company that creates fairy tales and folklore narratives with people of color as the main characters. Photo: RainbowMe

Although Johnson couldn’t put words to it as a child, she remembers the way books could inspire negative feelings — like the discomfort she felt after finding an Uncle Remus book in a stack of children’s literature at her grandparents’ house. Its minstrelsy content made her instinctively feel uneasy. Without realizing it, she gravitated to titles with positive Black characters, like Corduroy and The Snowy Day.

She wants young readers to receive the same affirmation through RainbowMe. The company initially launched as a subscription streaming service with original and licensed video content in 2016. When the venture didn’t take off as Johnson had hoped, she pivoted. What customers had a lot of interest in, she learned from the company’s social media followers, was RainbowMe’s curated list of children’s literature featuring diverse characters.

They wanted to know: What books are you creating? Which is how Johnson, who also works as a civil attorney in her father’s law practice, added “children’s book author” to her already packed resume.

“It just clicked,” said Johnson, who had been following the rise of both immersive technology and Marvel Universe’s movie Black Panther, the instantly iconic superhero who would make Wakanda a household name in 2018. “When it comes to fantasy characters, like fairy tales or superheroes, we really don’t see a lot of people of color at all,” she said. “I knew there were fairy-tale characters around that a lot of people just are not familiar with.

“And as much as there was a dearth at the time of people of color as main characters in media, when it came to incorporating technology, [representation] decreased significantly,” she said.

A 2015 survey from the Pew Research Center found that Black teens spent more time interacting with video games than white teens did. Developers creating gaming worlds are overwhelmingly white — 81 percent compared with 2 percent who identify as Black/African American/African/Afro-Caribbean and West Asian, according to 2019 numbers from the International Game Developers Association. When people of color are featured in virtual worlds, they are often depicted as narrow stereotypes.

Johnson believes including positive, diverse characters in augmented-reality media will keep people of color front-and-center as tech companies such as Apple, Google and Meta begin building the metaverse. The buzzy technology space envisions a merging of the real world with the virtual, a place where we might send our avatars to shop, learn and work for us through virtual reality goggles and headsets.

She wants RainbowMe’s augmented reality to provide young readers with a baby-steps introduction to what could be a confusing place.

“The metaverse is going to be a big part of where the next generation will be spending their time,” she said. “For kids under 12, because they’re still learning and understanding and processing what’s tangible and what’s not, it’s really not safe to put them in a total virtual world. Even when technology is incorporated, you want them to still see the real world around them.”

RainbowMe’s first augmented-reality book, O is for Oshun, aimed to chip away at how people of color are depicted in virtual worlds. The book is an alphabetical tour of diverse folklore characters from around the world and was released in early 2020 just before COVID-19. “A great time to launch something, right?” Johnson said.

But it got the attention of Beyoncé, whose BeyGOOD Black-Owned Small Business Impact Fund awarded RainbowMe a $10,000 grant to help offset pandemic losses. That boosted Johnson’s latest book, How Kofi Amero Became the Hero of Amero, which has augmented reality that brings structures to life and allows readers to dance in the background with the titular character. The company has since tripled its revenue and is partnering with an animation company to publish more titles.

“We’re always asked when the next book is coming,” Johnson said. “We’re pushing them out as quickly as we can. It’s animation, so it just doesn’t happen overnight.”