BASF Corp. and the University have signed a master research agreement that will facilitate easier collaboration between industry and academia on the journey to jointly address global challenges, including climate change, food insecurity and scarcity... 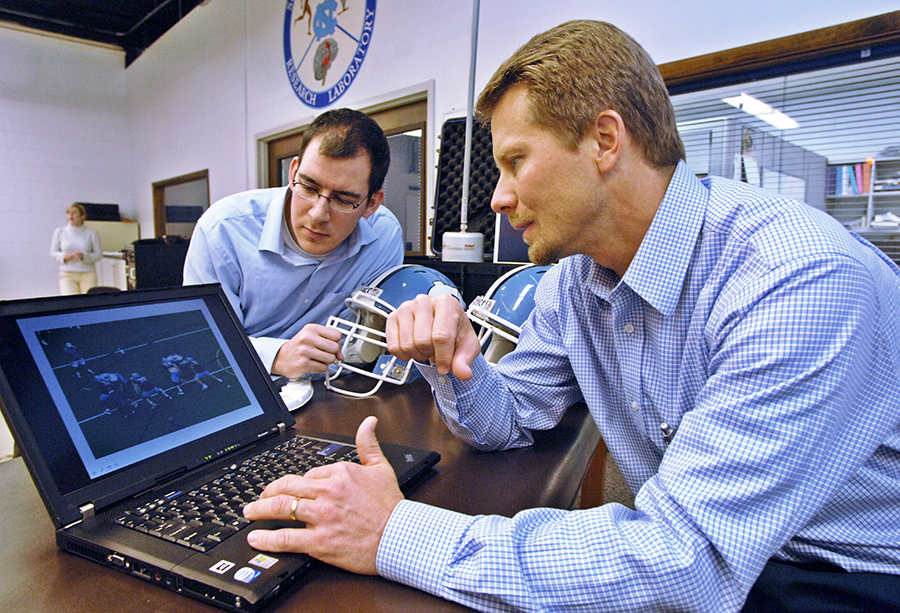 Kevin Guskiewicz, Kenan Distinguished Professor of exercise and sport science and dean of the College of Arts and Sciences, will be co-principal investigator of the study. (Photo by Dan Sears ’74)

The National Football League will fund a $2.6 million international study on the role of active rehabilitation strategies in concussion management, led by UNC and the Medical College of Wisconsin.

The project was identified as a priority at the NFL’s International Professional Sports Concussion Research Think Tank, where medical representatives of many of the world’s leading sports leagues convened to share best medical practices and protocols and collaborate on ways to advance science through research.

The study, one of the first of its kind, will examine the efficacy of two clinically supervised management strategies, including both the international concussion return-to-play protocol and early therapeutic interventions on concussions.

Professional athletes from the Canadian Football League and New Zealand Rugby will be included in the study as well as amateur athletes from American and Canadian colleges and universities and Wisconsin high schools. The research will cover a variety of sports, including football, rugby, soccer, lacrosse, basketball and ice hockey. The three-year study will enroll more than 200 concussed athletes, both male and female. 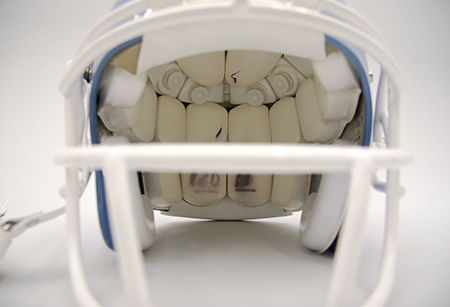 The three-year study will enroll more than 200 concussed athletes, both male and female. (Photo by UNC)

UNC has been a leader in sports concussion-related research for years, led by Kevin Guskiewicz, Kenan Distinguished Professor of exercise and sport science and now dean of the College of Arts and Sciences. He also co-directs UNC’s Matthew Gfeller Sport-Related Traumatic Brain Injury Research Center. In 2011, Guskiewicz received a MacArthur Fellowship, sometimes called a “genius grant.” At that time, he chaired UNC’s department of exercise and sport science and was research director for the Center for the Study of Retired Athletes. In 2010, he was named to the NCAA’s concussion committee and the NFL’s head, neck and spine committee.

Johna Register-Mihalik ’06 (MA, ’10 PhD), the co-principal investigator at UNC, said: “Currently there’s little information available about the most effective strategies to manage and treat concussion. We want to see how early, clinically guided activity could benefit recovery from concussion.” Register-Mihalik is an assistant professor of exercise and sport science and a faculty member in the Matthew Gfeller Sport-Related Traumatic Brain Injury Research Center and in the Injury Prevention Research Center.

“A major goal of the study is not only to find out what works best in terms of rehabilitative strategies for concussion, but to also determine the real-world application of these approaches and return-to-play strategies,” added Michael McCrea, the co-principal investigator at the Medical College of Wisconsin. McCrea is director of the Brain Injury Research Program and a professor of neurosurgery and neurology.

• Guskiewicz retrains players in newer and safer ways to tackle: “An Impact on the Game,” September/October 2012 Carolina Alumni Review

• “I want to help the game, make it safer,” says Guskiewicz: “The Dark Aftermath of Glory,” May/June 2006 Carolina Alumni Review