Across the Canal and Into the Bar – Student Blog 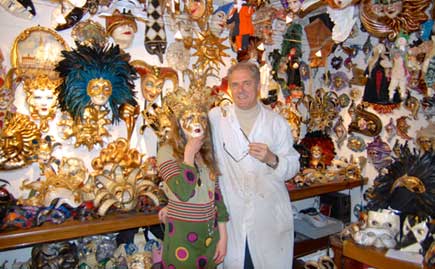 Across the Canal and Into the Bar

Emily Palmer, a junior global studies and creative writing student from Durham, is an intern for theCarolina Alumni Review. She blogs for the Review about many aspects of the Carolina student experience and spent her spring 2013 semester with UNC’s Honors Semester in London Program

Almost all Ernest Hemingway travelers I’ve come across make a beeline to Harry’s Bar as soon as they hit Venice. But, while the bar was one of the writer’s favorite places in the city (Hemingway even had his own table in the corner by the window and was served a Montgomery — a dry martini 15 parts gin to one part vermouth — as he sat down), going straight to Harry’s upon arrival is certainly very un-Hemingway. For one thing, Hemingway would have visited several bars on his way to Harry’s (it’s a long walk from docking). And second, there is far too much to see in Venice to spend your first moments in the city closed off in a bar, even one as beautiful as Harry’s.

So instead, of hitting Harry’s bar as soon as I arrived in Venice, I decided instead to walk around the city. I enjoyed breathtaking views of the bright, arching bridges and shimmering canals. I dined at a seaside cafe and watched a boat race. I enjoyed my first gondola ride, skimming past history to the soothing songs of my gondolier, stopping only once when we got caught in a gondola traffic jam under a bridge. We skirted between tight passageways, crumbling brick buildings on one side and golden stucco buildings and window boxes bursting with red and purple begonias on the other. Dusk fell, setting the clouds on fire and the water twinkling in pinks and golds.

I dipped inside a small mask-making shop and met the man who had owned the place for over 20 years. “I don’t use plastic,” the owner told me proudly. “Just papier-mâché.” I tried on columbina half-faced cat masks, full-faced bautas with gold trimming around the eyes and bright green feathers pluming from the top. I tried a two-faced jester: one face grinning, the other crying. And then I saw it, hanging in a far corner of the shop: a beautiful volto mask, covering the chin and forehead, with bright red lips, cracked white face and antique religious motifs along the arched cheeks and forehead blooming with taffeta and bells. I tried it on, and, looking through the mask, asked him the price.

I attended a church service at Basilica di San Marco and witnessed a pro-abortion protest in the midst of the service — dozens of supporters holding up signs with the start of every hymn. I sat in the Piazza San Marco and enjoyed the live orchestra at Caffé Florian (the oldest café in Italy) over an incredible Coppa Caffé Florian, a decadent concoction of coffee gelato, tiramisu, chocolate and Florian coffee liqueur and topped with whipped cream, chocolate sauce and pirouette cookies. I watched the pigeons circle the piazza, listened to the bell toll in the Campanile and then climbed it myself for great views of the city.

I walked along twisty stone paths on my way to The Gritti Palace, a gorgeous, ornately decorated hotel on Campo Santa Maria del Giglio. Being a fine, elegant hotel facing the water, it quickly became another one of Hemingway’s favorite hangouts. Both Hemingway and the English novelist W. Somerset Maugham called The Gritti their home back in the 1950s and ’60s. Hemingway wrote much of his initially unsuccessful novel Across the River and Into the Trees in his grand Presidential suite with a picturesque view of the Grand Canal. Wandering onto the Gritti terrace, Hemingway would dine on scampi and a bottle of Vapolicella while watching the gondolas skimming by.

I spent a luxurious evening at the Gritti’s Longhi Bar drinking daiquiris. The snug bar was caked in colorful Murano glass sconces and huge hand-carved mirrors displaying cherubs and the fleur de lis. Sipping my daiquiri and nibbling on pitted olives and mixed nuts, I enjoyed my prime view, overlooking the Grand Canal — watching couples ducking into gondolas, bottles of wine in tow.

I imagined how different it would have been for Hemingway sitting on that very terrace on Jan. 25, 1954, reading his own obituary almost 60 years before. The New York Daily Mirror’s presumptive headline read: “HEMINGWAY, WIFE, KILLED IN AIR CRASH.” Hemingway and his fourth wife, Mary, had been flying over an East African jungle on their way to Murchison Falls on the Nile for a safari, when their plane crashed. But neither died. (The only way Hemingway ever got rid of his wives was by divorcing them.)

Although Hemingway was banged up a bit with injuries affecting everything from his skull, shoulder and spine to his liver and kidneys, instead of going home to recuperate he headed to the Gritti, where he drank large doses of champagne in lieu of medicine and played baseball with friends in his suite, knocking out a window in the process. When the manager of the Gritti found out, he was impressed — not angered — by the damage, proclaiming that after 300 years of existence, Hemingway was the first person to play baseball in the Gritti and so he would “reduce Signor Hemingway’s bill by 10 per cent.” I am more careful of my surroundings as I finish my long drink, toasting Hemingway’s safari survival and trip to Venice.

And, eventually, (on my second day in the city), I arrive at Harry’s Bar, just in time for brunch. I order a Bellini. The choice of a white peach cocktail composed of one part white peach puree to three parts Prosecco was quite un-Hemingway. For one thing, the drink would not be nearly strong enough for a man who claims to have lived in Paris off of a diet of clementines and cherry brandy. For another, the drink is pinkish and bubbly, hardly a Manly Man’s drink. But if I’ve learned anything from my trip tracking Hemingway’s path from journalist to novelist all across Europe, it is that as a young, single woman, slight of build, it’s dangerous to act too much like Hemingway. Living on a diet of clementines and cherry brandy? (Couldn’t do it if I wanted to and wouldn’t want to, especially in Paris.) Besides, as an aspiring foreign correspondent, I could have easily ended up as Hemingway’s fifth wife. Two of his four were war correspondents; he divorced Martha Gellhorn because she was too much competition in the field; and Mary Welsh survived marriage simply because she survived Hemingway.

So I happily sat at the bar, sipping my Bellini (named for the Italian artist, as opposed to the Montgomery, which is the namesake of a British field marshal) and envied only Hemingway’s prime seat overlooking the glimmering canals. The Bellini was simultaneously sweet and tart, the Prosecco rich and bubbly.

I befriended the bartender (per Hemingway’s suggestion — the man was on a first-name basis with bartenders all over the world), and the bartender promptly removed a thin book from a shelf behind the bar and opened it to a dog-eared page about Hemingway.

“That’s the owner and Hemingway,” he told me, pointing to a picture of two men, one clean-shaven, the other bearded, and both wearing sombreros. Both appeared drunk out of their minds, with Hemingway staring at an empty glass as if it were his long-lost lover.

The bartender, Giuseppe, told me that the book had been written by the owner’s son, Harry (who was named after the bar, not the other way around; the bar, consequently, was named after a customer, obviously one before Hemingway’s time).

I read the caption beneath the black and white picture: “My father is smiling in the picture, but Hemingway, with his gray beard, looks lost in a dream before a flood of empty glasses. My father and Hemingway had apparently emptied those glasses, and I remember that it took my father three days to recover from his hangover.”

If you didn’t understand what I meant by the importance of not mimicking Hemingway too closely, now you do. Giving a famous bartender a three-day hangover is no small accomplishment.

But to understand this Hemingway — the one of Venice — we must take a look at the events in his life that took place between his Italian debut venture to Milan (a war can hardly be called a trip) and his eventual return as a carefree tourist in Venice. A young teenager just one month shy of his 19th birthday arrived in Milan on assignment as a Red Cross ambulance driver for the Italian army back in 1918. But when Hemingway first stepped onto the watery canals of Venice, it was the summer of 1949, and he was already the well-established author of a number of novels including, most famously, A Farewell to Arms and For Whom the Bell Tolls. He is also on his fourth and final wife. He has enjoyed the roaring ’20s along with expats Gertrude Stein, Ezra Pound and the Fitzgeralds (among others), and he has managed to have falling-outs with nearly everyone he’s met, including three former wives. He has jumped countries and continents from Paris to Key West to Spain (for the bullfights) to Kenya (for a 10-week safari), back to Spain to report on the civil war and then on to Cuba (the country claiming his most consummate relationship, for he lived there for 20 years, but for flings with other countries).

With all of this in his background, Hemingway arrived in Venice independently wealthy but still rather grim. He had enjoyed critical acclaim and popularity for his writing, but while in Venice he would go on to write what critics dubbed his first flop: Across the River and into the Trees – about the last day of a man’s life and the memories he focuses on just before dying. Perhaps the critics were hoping for something a bit more on the cheery side.

Once while at the Gritti Hemingway took Adriana Ivancich, a Venetian aristocrat and his love interest at the time, onto the Gritti terrace at sunset. And, according to a People magazine article published in 1980 (Adriana’s tell-all in which she revealed herself as the inspiration for the teenage Renata in Across the River and Into the Trees), Hemingway began to cry. “Look, daughter,” Hemingway told her. “Now you can tell everyone you saw Ernest Hemingway cry.”

I have a hard time imagining the man’s eyes even welling, not to mention actual tear drops and glistening cheeks, but the man was certainly a performer and an exaggerator — hyperbolizing even his poverty — so that perhaps he was not always quite the manly man he appeared in Pamplona when he took his pregnant wife to see the Running of the Bulls to toughen up his unborn son.

But Hemingway could always escape the pains of his life for the white tablecloths, wide windows and Montgomerys of Harry’s Bar. And as I toast Hemingway over my Bellini I can understand why he came here. People flit in and out for Sunday brunch, talking and laughing and exclaiming over the history of the place. And for a moment the diners clustered around Hemingway’s favorite table disappear and I see a man in a sombrero, a “flood of empty glasses” before him, sipping a Montgomery and refining his novel about death — a novel that would not be appreciated until years after his own.