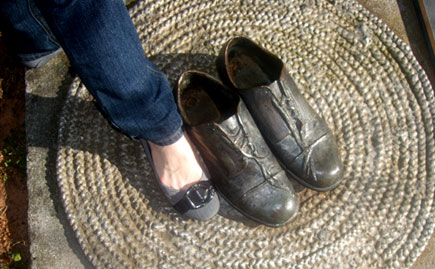 Even over Thanksgiving break, I couldn’t get away from Carolina. At least, not quite. This year, my family headed to Asheville for Christmas at the Biltmore. While we were in town, we popped over to a fairly famous alumnus’ house.

Thomas Wolfe ’20, considered one of the foremost novelists and playwrights of his time, attended UNC when he was just 16 years old. He made a mark on Carolina both during his time on campus and long after he’d left. During his four years at UNC, he joined the Dialectic Society, became editor-in-chief of The Tar Heel and even saw several of his plays performed by Carolina Playmakers. Wolfe went on to write a slew of largely autobiographical works, most notably Look Homeward, Angel, which made him so unpopular in his hometown of Asheville that he didn’t return for eight years.

As a creative writing student and former writer for The DTH, I’m particularly interested in Wolfe’s legacy. Carolina has recognized Wolfe’s achievements in two large ways. First, in 1999, the department established an annual lecture that brings a different celebrated author to campus each fall. Then, back in 2001, novelist Frank Hanes Sr. ’42 donated $2 million to start a fully funded four-year undergraduate scholarship named for Wolfe, and it has brought a dozen student writers to campus in the past 11 years.

The creative writing scholarship was one of the many attributes that drew me to Carolina; it distinguished UNC as a university that both emphasized and supported dedication to the literary arts. I knew that my writing pursuits would be both valued and nurtured on campus.

And so, going to Asheville automatically implied that we’d visit Wolfe’s childhood home. Just outside his home is a small plaque with a bronzed replica pair of Wolfe’s shoes on a doormat. I was impressed by the large size of his feet, although considering his mark on the towns of both Asheville and Chapel Hill, maybe I shouldn’t have been.

Walking through the large yellow Old Kentucky Home that Wolfe’s mother, Julia, ran as a boarding house, I could feel the presence of the many people who came before us — countless guests at the inn, as well as the nine-member Wolfe family. The tour guide led us through the kitchen where Julia Wolfe spent most of her time cooking. Through the back door, we came to a large porch with a staircase leading down and a small closet-sized room to the side, where we were told Wolfe would often hide in fits of shyness.

And finally we came to a well-decorated bedroom with a large coal-burning fireplace and a bed with a large window to one side. In this room, we were told that Wolfe’s beloved brother Ben died of pneumonia. Wolfe came home from school to care for his brother, staying next door in a cramped room with only enough space for a bed and mirror.

Our tour guide noted that a little humor (I’d qualify it as tragic humor) accompanied Ben’s death: Julia took advantage of her son’s illness to kick out his longtime girlfriend, a heavyset lady called Mrs. Pert. The poor woman moved into a boardinghouse across the street, where she spent most of her time stationed by the window, binoculars in hand. When she spotted someone leave the house, she rushed over for an update on her boyfriend’s health.

Maybe it was stories like these that inspired the eclectic Southern style of Wolfe’s writing and made the fictional setting of his novels in Altamont, Catawba, so relatable. An appreciation of the South and its many quirky inhabitants is something that is shared by many of the Thomas Wolfe Prize lecturers, like this year’s recipient, Josephine Humphreys.

I had the opportunity to catch up with the South Carolina native and Southern novelist in October when she came to campus. I met her at the Morehead House, a lavish penthouse suite above the Planetarium, where distinguished guests — like authors with novels made into films starring Albert Finney — might stay.

Passing through the Morehead House entrance, I was greeted by a well-tailored doorman, who asked what I’d like to eat or drink. The suite certainly outdid the Old Kentucky Home, a rather nice establishment unto itself, 10-fold. Looking around the eight-room suite covered with plush Oriental rugs, cozy fireplaces and walls lined with sideboards and cabinets filled with red and cream china, I was tempted to order a filet mignon and forget all about my interview.

But when “Jo” came out in casual dress exclaiming over the platters of cheese and chocolates that seemed to cover every table, I immediately gravitated to her. With a conspiratorial glint in her eye, she pointed to the doormen, who were there “to do your every bidding.” She, along with the doormen, urged me to enjoy, and didn’t I want some cheese and crackers?

Jo said she had 20 minutes for an interview, but we chatted for an hour. We talked about her passion for telling the stories that have to be shared. She said she dreamed of writing about Henry Berry Lowrie, a Civil War Robin Hood figure of the Lumbee tribe, ever since she was 19 and heard the story from a Lumbee woman on a train. More than 30 years later, she shaped the story into a novel, Nowhere Else on Earth, which was published in 2000.

Talking to Jo, I was struck most strongly by her deep and earnest desire to tell characters’ stories the right way, to write stories with meaning that would reshape the way readers felt about life. It’s a passion I would also attribute to Wolfe.

But what also struck me was her deeply moral foundation. Jo, who is white, said she struggled with the idea of a white writer appropriating the voices of people of color. In fact, she almost never wrote Nowhere Else on Earth.

“It should not be done,” Jo said at the lecture. “It was the wrong thing to do, but I couldn’t help doing it because I loved it so much.”

But Jo’s friend, Louise Maynor, a Lumbee Indian, disagreed. Following the speech, Maynor said she encouraged Jo to write the novel because she believed only Jo could do Lowrie’s story justice.

When Jo expressed reservations about telling “someone else’s story,” Maynor said that she urged her to persevere “because we had no one of her stature that could write this story.”

As a writer myself, I’ve taken those words to heart. Jo always considers whether or not she deserves to tell a story. According to Maynor, Jo’s earnest desire to tell the truth behind the folktale earned her that right. This idea of becoming worthy to tell a story had never before crossed my mind.

But it was a question that once again weighed heavy with me, as I left Wolfe’s home this Thanksgiving. Wolfe paid a heavy price for his work. After all, his final book, published posthumously, was titled You Can’t Go Home Again for a reason. Wolfe’s depictions of real people — siblings and in-laws and neighbors alike — made him so unpopular in Asheville that his family forbade him from coming home until the anger died down seven years later. By that time, the anger had morphed into something else. Those left out of the pages, felt just that: left out.

Ultimately, Wolfe had to decide if the story was more important than the characters’ feelings. I’m not sure Jo would have come to the same conclusion, but no two Southern writers are the same. As for me, I’m glad that both writers made the tough decisions, did the public service of providing generations of readers with a wealth of intricately crafted language.

Wolfe’s portrait now hangs in New West, alongside the likes of former state governor Zebulon Vance — an honor Wolfe himself predicted when he walked through those hallowed halls. But his legacy at Carolina is much more than a poised portrait on canvas. Wolfe’s legacy is that of the living, breathing writers — both professionals and students — that grace this campus each year in his name.